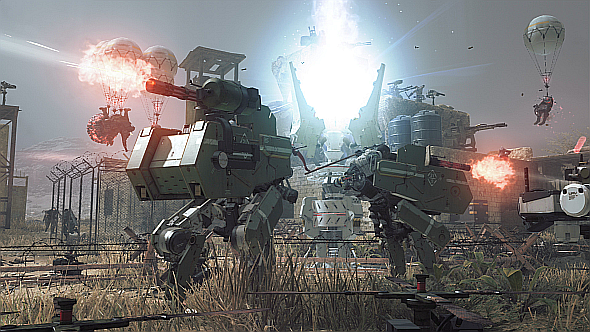 Metal Gear Survive is launching a special co-op event on April 10, and it’s inspired by one of the series’ most popular instalments: Metal Gear Solid 3: Snake Eater.

Are you a digital Bear Grylls? One of these best survival games on PC must let you drink your own urine.

Metal Gear Survive has been enjoying a steady trickle of new co-operative missions and mission variants ever since its launch in February, with the new Rescue Missions dropping last month. The Encounter 1964 will tie in to this, but it’s not yet clear exactly how.

The event runs for two weeks from Tuesday, and will feature a number of recognisable cosmetics from Snake Eater. These include EVA’s jumpsuit, Naked Snake’s fatigues, and the iconic Crocodile Cap.

In Metal Gear Solid 3 – which sadly never came to PC despite MGS 1 and 2 getting ports – the Crocodile Cap deterred guard dogs from attacking Snake, and provided a handy reptilian disguise when submerged in water. 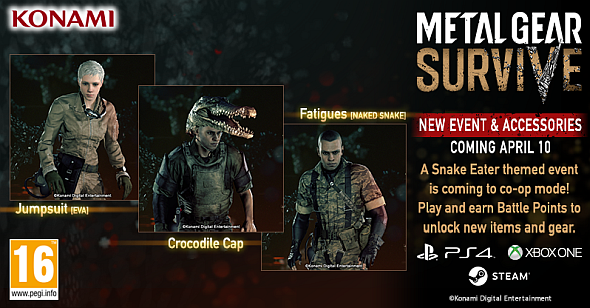 According to this promotional art, you’ll unlock these cosmetics in the usual way – by earning Battle Points. Metal Gear Survive is on Steam here.