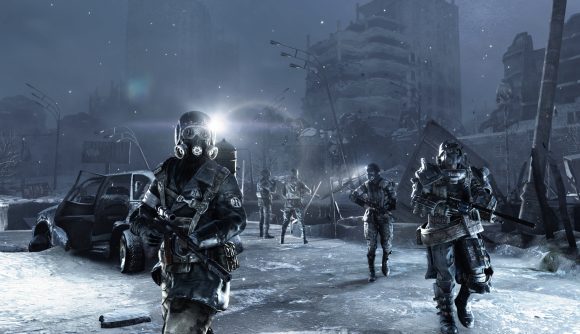 Metro 2033 is getting a movie adaptation – or, rather, it was. MGM picked up the rights to the novel that inspired the game series back in 2012, but the project wound up dead in the water as producers attempted to Americanise it by swapping the Moscow tunnel setting for Washington DC.

Rights have now reverted to author Dmitry Glukhovsky, who now says “we are speaking with a new set of producers about a possible adaptation but this is a very long and difficult process. I’m still optimistic. We’ll see if the release of Metro Exodus can push the IP across a little bit the oceans and see how that works.”

Glukhovsky tells VG247 that the differences in politics and social implications is a big part of why the attempted screenplay didn’t work. “In Washington DC, Nazis don’t work, Communists don’t work at all, and the Dark Ones don’t work. Washington DC is a black city basically. That’s not at all the allusion I want to have, it’s a metaphor of general xenophobia but it’s not a comment on African Americans at all. So it didn’t work.”

“They’re kind of afraid of setting it in Moscow because Americans have a reputation for liking stories about America,” Glukhovsky says. There’s a tiny bit of logic in moving the setting to DC, since it has its own Metro – but that’s the same kind of surface level reading of the material that’s given us way too many bad videogame adaptations over the years.

But Glukhovsky is hopeful that the success of the Metro series in recent years will make a more faithful adaptation possible, since a story in Moscow would now be a “unique selling point” for American audiences. “We’ve seen the American version of apocalypse a lot of times and the audience that like the genre are educated and saturated and not really wishing to get anymore of that.”

The Metro Exodus release date will bring the series another chance to succeed, and you can follow that link for many more details on what to expect as we approach the February launch.