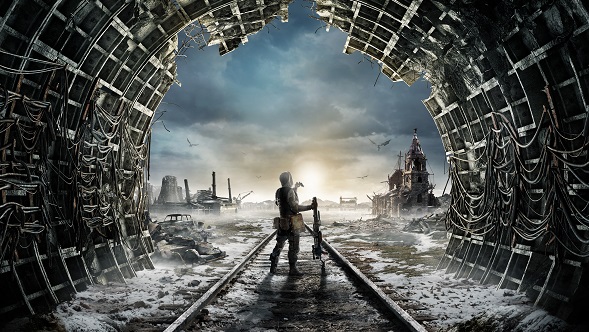 Metro Exodus was one of the opening shots in the battle between Steam and the Epic Games store. Despite having been available for pre-order on Valve’s platform for months, shortly before release, it was pulled from sale, subject to a 12 month exclusivity deal on the Fortnite developer’s new storefront. Now, however, it seems that the definition of ‘exclusive’ is uncertain, as a new listing for the game has appeared on Microsoft’s Windows store.

The listing appeared last night (via PC Gamer) and there’s no doubt that it relates to the train-faring post-apocalyptic shooter. What’s particularly interesting, however, is that the release date attached to that listing is pretty soon – Metro Exodus is set to come to the Windows Store this Sunday, June 9 – which just so happens to be the same day as Microsoft’s E3 conference.

Last week, Microsoft revealed that it’s bringing its Xbox Game Pass to PC. An exact release date isn’t yet known, but it’s more than possible that the publisher will lift the lid on the new-look subscription during its presentation.

Given that Metro Exodus publisher Deep Silver is confirmed as one of the companies working with Microsoft for the new game pass, it’s now looking reasonably likely that their game will feature. The only issue with that, however, is that we’re less than halfway through Epic’s exclusivity period – according to a press release from January, Metro Exodus isn’t supposed to arrive on Steam and other storefronts until February 2020.

Related: Deep Silver says that the Epic store is its “leading digital platform”

Details of the discussions required to release Metro Exodus from its Epic confines are unlikely to ever come to light, but it’s interesting to see that exclusivity periods that seemed to be set in stone can apparently be undone. Expect more details on both the Game Pass and Metro’s move next week.