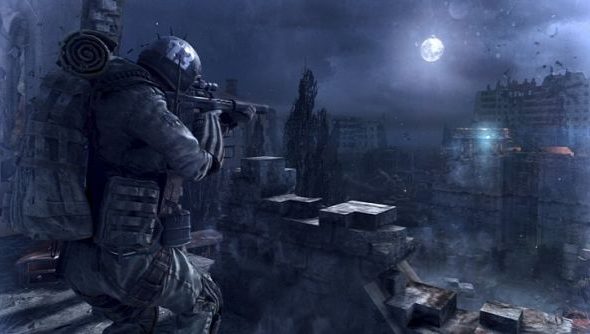 When Metro Redux was officially announced, there was a clash of opinions on forums and message boards alike. Some thought that the remastered version of Metro 2033 and Metro: Last Light should’ve been given away as ‘free’ updates.

However 4A Games thought otherwise. “This response blindsided us a little.” said Professor Pew in a Steam forum blog post. “We have taken our time to review the concerns and arguments and offer a proper response.”

It’s pretty clear that the redux versions are no mere DLC upgrades. “Almost the entire team of around 80 people at 4A Games will have been working on the Metro Redux titles for almost a year by the time we release next month.” said Professor Pew.

The issue can be pinpointed down to a byproduct of the new engine. “The latter proved to be impossible for a technical reason.” explained Pew. “Because of the changes to the engine, which necessitated dropping 32-bit support; we literally could not ‘patch’ the game.”

Metro: Last Light Redux also comes with “all the previous DLC” in addition to the “new game mode” and “enhancements”. But if that isn’t enough to tempt you, then what? “If you have already bought Metro: Last Light, with or without the DLC, and you feel that we are not offering enough to tempt you to upgrade – that’s fine.” stated Pew. “In the end, a flat 50% discount was judged to be the simplest, fairest solution. Ultimately, you are free to vote with your wallets.”

You can check out a trailer for the Metro Redux games and make up your own mind.