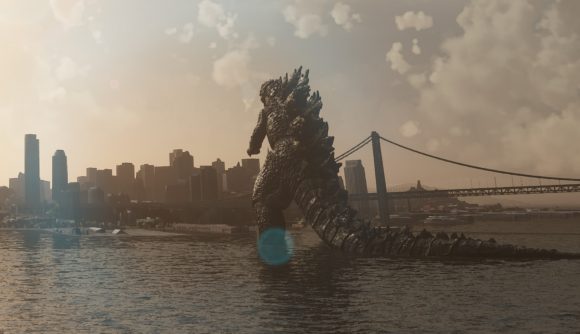 Godzilla for MSFS, available via Nexus Mods, does exactly what it says – it plops Godzilla down as a properly-scaled bit of scenery for you to marvel at in the air. The model is based on the 2014 Legendary Pictures version of Godzilla, and puts him in the middle of the San Francisco Bay, at coordinates 37.792394, -122.378850. (No Tokyo because the city doesn’t have photogrammetry data in MSFS.)

Modder Sergio Perea says that depending on the success of this mod, it might be followed up with a King Kong climbing the Empire State Building. We can only hope. Personally, I’m pulling for Anguirus and Gigan from here.

If you’re looking for more simulation games, you know where to click.