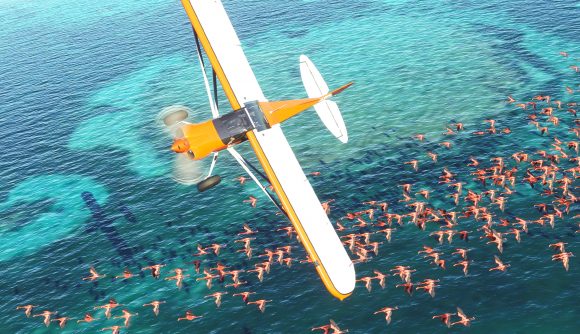 One of the most pleasant E3 surprises this year was Microsoft’s announcement of a new Flight Simulator, but while we got a gorgeous-looking trailer and a vague 2020 release date, we didn’t get much detail beyond that. Today, the developers have outlined a few more details on what to expect from the next generation of Microsoft Flight Simulation.

First off, “We are making Microsoft Flight Simulator,” the developers say in a new blog post. “Emphasis on the word SIMULATOR.” (You can probably take that as a gentle rebuke of the direction taken by 2012’s free-to-play Microsoft Flight.) It is principally “designed for PC,” but will be optimised for other platforms including Xbox.

We’re also getting mod support in some form or another. “We are supporting 3rd Party Content Development and Community Content creation,” the developers say. “We are aware of the concerns in the current ecosystem and are working to address them.” Microsoft’s used the more locked-down UWP format for most of its recent PC releases, but hopefully this means there’ll still be avenues for proper mods regardless.

There will be an Insider Program with access to preview beta builds that you can sign up for on the official site, and the developers say “We genuinely want to work closely with the community in the development of this title.” We’ll find out more on what’s planned later this year, as “early August is our current timeline for kicking off the communication of the development roadmap.”

In the meantime, you can watch that trailer again above.

Microsoft’s saying all the right things about its new sim so far, but we’ll find out what the game actually looks like in more concrete detail in just a few months.