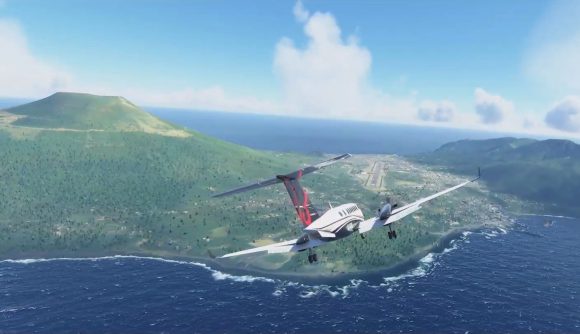 Microsoft Flight Simulator is about to get its first world update next week. This one is all about Japan and gives the country a huge overhaul to make for a more pleasant visiting experience. You’ll be able to get the update September 29, and for free, too. Ah, go on then.

The news was revealed during Microsoft’s segment of the Tokyo Game Show, with the Microsoft Flight Sim team popping up to give everyone a peep at what’s to come. The new update features an improved representation of six Japanese locations, such as Tokyo, Fuji Mountain, Himeji castle, and Itsukushima Shrine. One of the things the team used to achieve that was high-resolution photogrammetry, as with the rest of the sim.

There are also six new airports to look forward to alongside general touch-ups to Japanese architecture such as bridges. The land of the rising sun has also been “upgraded” with a new digital elevation map. You can additionally expect new landing challenges and a discovery flight. Of course, you can’t just talk about Microsoft Flight Simulator. The team also showed off a new video that shows all these changes in action – phwoar.

You can watch it down below: