According to Xbox Wire, Microsoft’s Xbox information website, the keyboard we hold so dear in PC gaming is ‘scary’. But fear not: should you be terrified of clacking keys, the Xbox controller is a great alternative!

The terrifying quote comes as part of their Windows 10 coverage, in an article that details five games completely compatible with the Xbox One controller. “We’ve compiled a list of some cool titles playable on Windows 10 that are 100% natively compatible with the Xbox One controller, so you’ll never even have to touch that scary keyboard. Perish the thought!” it declares. 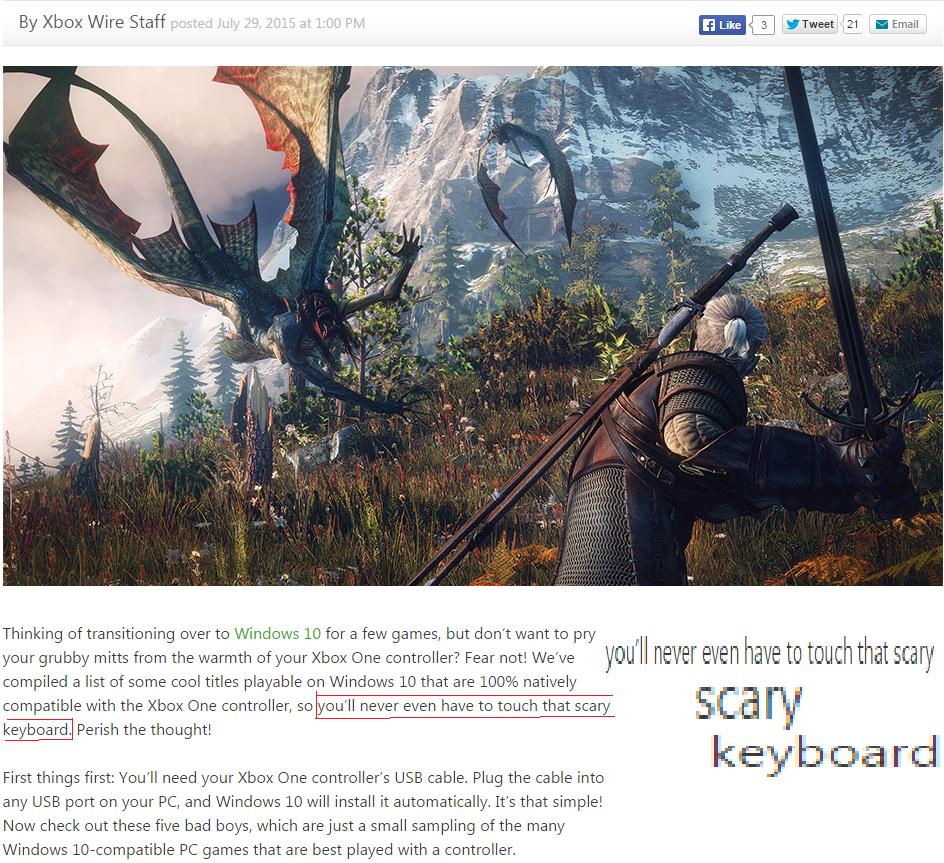 Personally I’m absolutely petrified of my keyboard. The snapping sound of keys sends shivers through my bone marrow, and I’m worried that tapping them in a certain order will let loose the spirit of Gaming Christmas Future, where we’re all forced to play survival sims and MOBAs 12 hours a day. Quite honestly, with such a fear, I don’t know why I’m writing for a PC games website.

Do you suffer from an acute keyboard phobia? Do you, like me, find the knowledge that you can play games on Windows 10 with an Xbox One controller both liberating and euphoric?