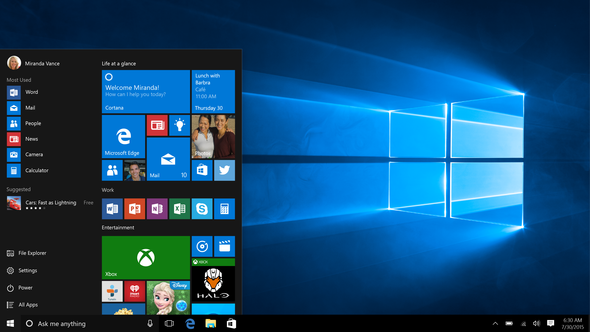 In the last 6 months, Microsoft have released both ReCore and Gears of War 4 as an Xbox and Windows 10 double exclusive. Combined with the impending release of Halo Wars 2 on February 21, we can assume that the Washington-based corporation are putting a fair few eggs in the PC gaming basket. And it would seem that the intention is to amp it up in 2017, if the words of global creative and engineering manager for Microsoft, Phil Spencer, are anything to go by.

Get your storage sorted for 2017 with our list of the best SSDs for gaming.

According to the Xbox project leader, Microsoft has a “bigger and more differentiated” first-party lineup planned for 2017. Highlighting upcoming releases like Sea of Thieves and State of Decay 2, he went on to state that “2017 is going to be an incredible year for Xbox One and Windows 10 gamers.” This will come as good news to many of us keyboard jockeys, who have perhaps felt somewhat abandoned by Microsoft since the shambolic ‘Games For Windows Live’ controversies severely dented their reputation amongst PC gamers. However, it seems those days may be behind us and while many gamers complained of frame rate issues with Gears of War 4, our very own Robert Zak found it to be a stellar entry into the series.

Regardless of your feelings on Microsoft, it’s certainly encouraging to see them commit to what is arguably their oldest and most loyal of demographics. You can check out the original article on the Phil Spencer interview over at VG247, or grab yourself a pre-order copy of Sea of Thieves over at Amazon for $59.99.