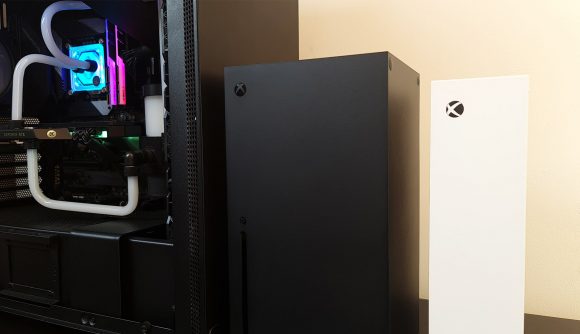 The line between console and PC is forever blurring, especially when it comes to hardware similarities like NVMe gaming SSD storage. Yet, while they’re all designed for gaming, consoles typically lack the utilities and functionality available to gaming PC users. Now, thanks to Microsoft’s latest Edge for Xbox update, the browser has keyboard and mouse support, as well as access to desktop sites, web apps, and even Google Stadia.

Included in Microsoft’s September Xbox Update, the new, Chromium-based web browser feels like an uncanny desktop experience. Not only does it let you navigate the web with a gaming mouse and keyboard setup, but you can now use sites like Discord and YouTube, just like you would on a PC. The browser even works with apps like Google Docs, which means in theory, you could use your Xbox for both work and play.

While the new Edge browser makes the Xbox experience feel like a PC, there are some caveats to consider. For starters, while cloud services like Stadia are compatible with Edge, Nvidia’s GeForce Now is currently unsupported. It’s also worth noting that you won’t be able to play games with a mouse and keyboard through Stadia. So, if you’re considering using an Xbox at your desk, you’ll need to keep a controller handy for gaming – and at least you’ll be able to hop right into the best Xbox Series X games on a whim.

Sure, the Xbox isn’t a rig replacement, and it’s definitely not going to make your gaming PC sweat. That said, the fact it now has so many traditional computing capabilities means, in theory, it could act as both a desktop alternative and a gaming machine. Also, while GeForce Now isn’t currently compatible with Edge, it was during beta testing, meaning that the Xbox could have access to Nvidia’s RTX GPU powered gaming experience at some point in the future.

Update: The Xbox Series X|S version of Microsoft Edge now has GeForce Now support, meaning you can now access over 1,000 PC games on the console. Spotted by The Verge’s Tom Warren, the beta version of Nvidia’s streaming service should work on both Xbox consoles and Microsoft Edge for PC.