Microsoft have built a new internet AI and it’s already an improvement on the last, by dint of not being racist. In fact it’s oddly endearing: a bot that claims to be able to identify the contents of a given image, but plays down the results – as if embarrassed now that everyone’s watching.

Why not test out images from the best PC games with CaptionBot and see which variety of cake it thinks they are?

“I am not really confident…”, CaptionBot often begins, hedging its bets – before going all in on an incredibly specific interpretation.

“How did I do?”, it asks afterwards. Hrrm. We’ll let you lot be the judge of that. 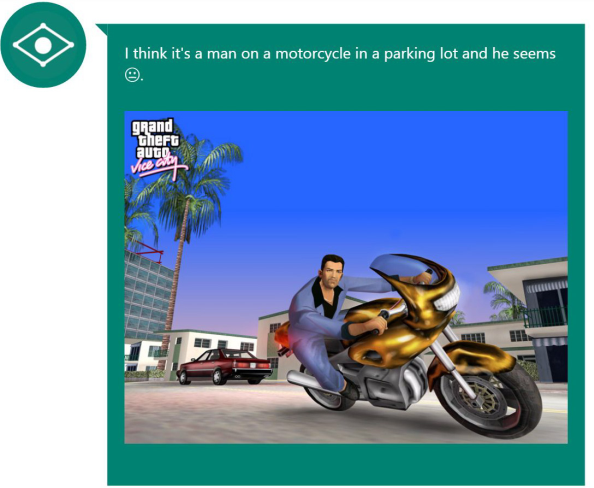 Good early effort – and in 2016, Vice City does sort of look like a parking lot. Let’s try something more dense… 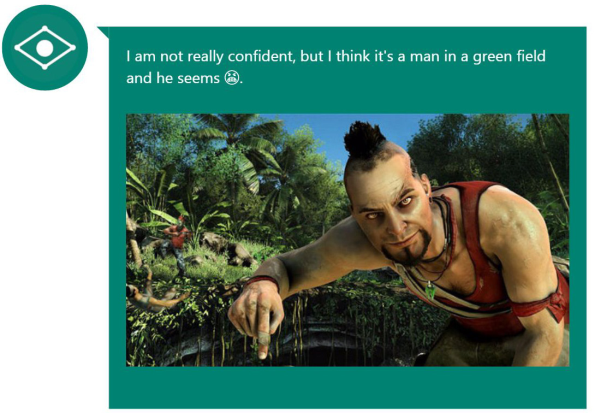 That is… totally spot on, down to Vaas’ general demeanour. Clever CaptionBot knows the definition of insanity. 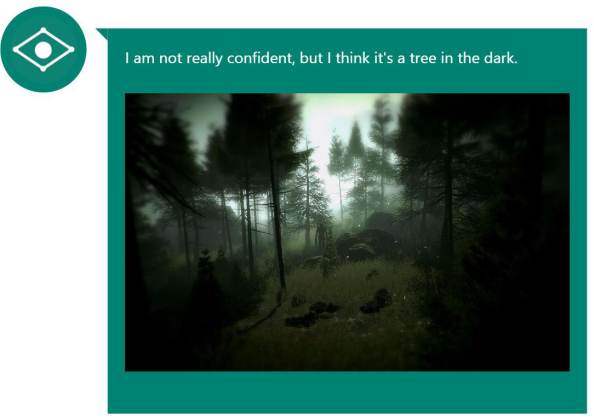 If only that’s all there was to see in Slender. But again, we’ve got the gist. I think we’re on a roll here. 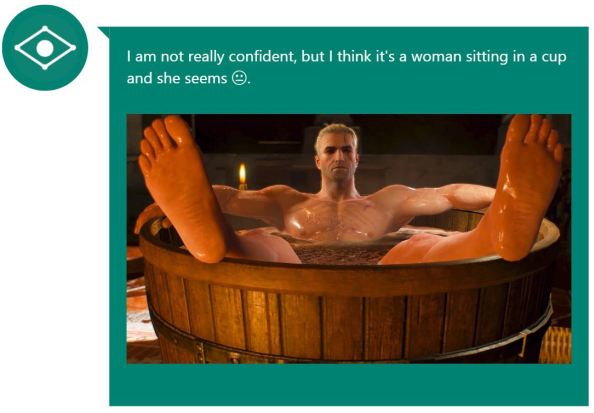 Erm. Not the likeliest of scenarios, CaptionBot, but if we’re being generous, that is a big cup. And Geralt is, broadly, quite -_- 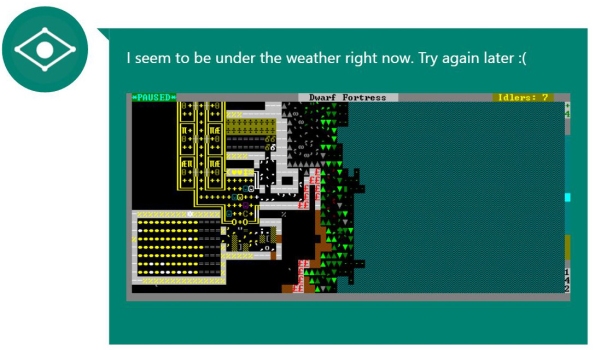 Failure to readASCII, or meta commentary on the sicknesses that Dwarf Fortresses are so often striken with? Unclear. 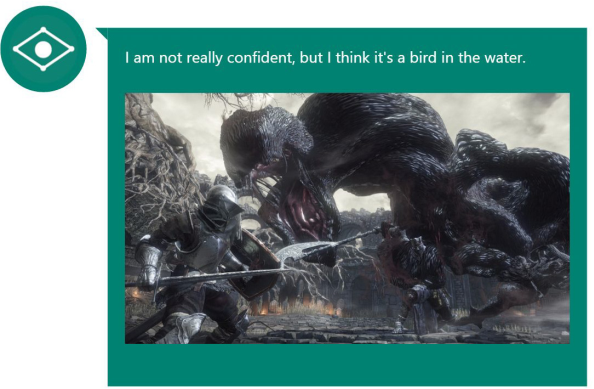 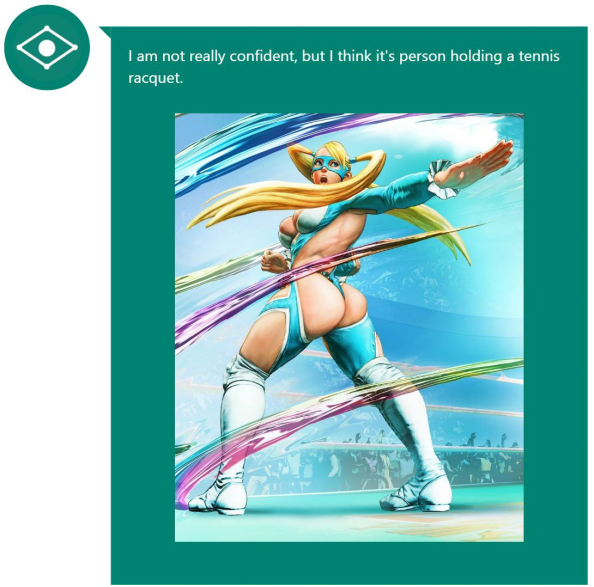 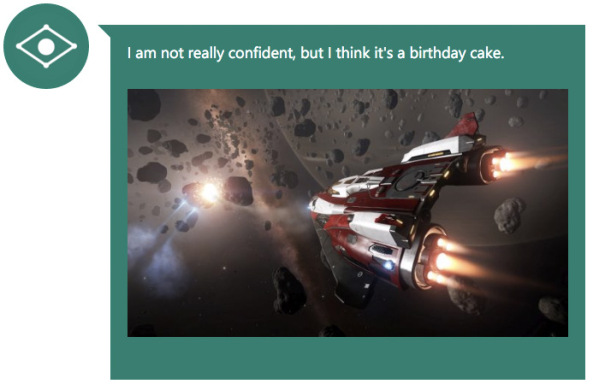 What, no facial expression? 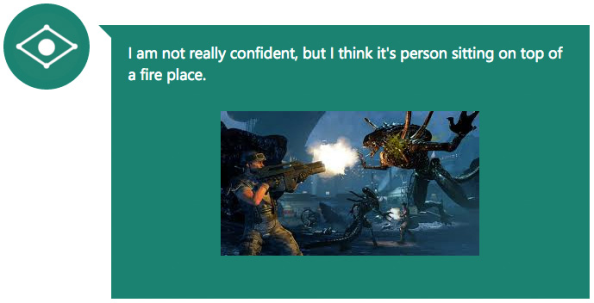 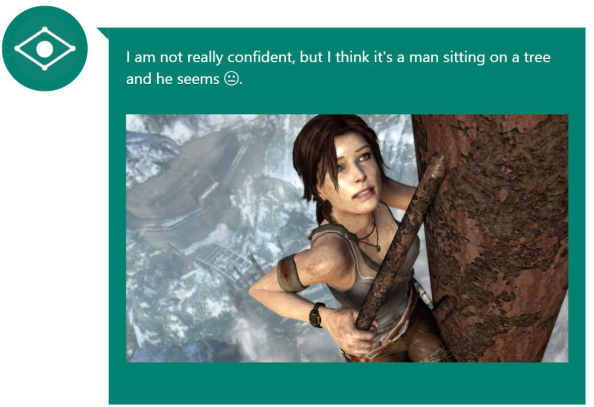 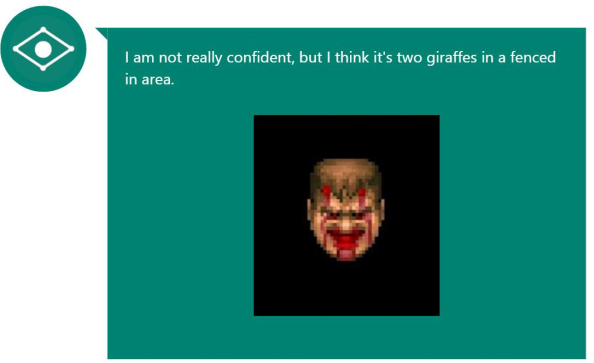 Alright. How about a nice, easy Call of Duty screenshot? One designed to convey what, say, Black Ops 2 is all about in a single image? 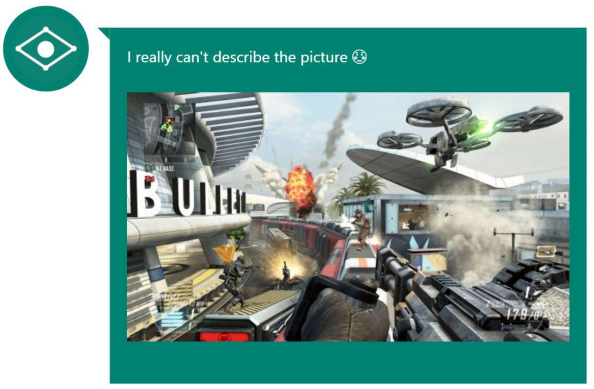 OK. Actually, yeah. Us neither, CaptionBot. Don’t worry about it.