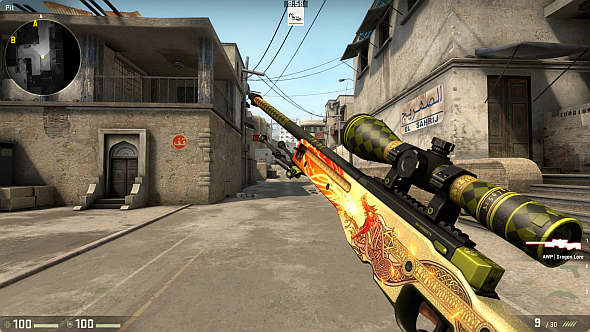 A 19-year old Redditor named Kensgold has said he feels unable to buy EA’s Star Wars: Battlefront II because of his susceptibility to gambling, which has caused him to spend thousands of dollars on chance-based microtransactions.

Kensgold posted his story on Reddit about two weeks ago, after which Kotaku got in touch. Though Kensgold’s habits emerged at 13, they escalated dramatically in the past three years – Kotaku say he showed them bank statements proving that he’s spent $13,500 on microtransactions in that period.

The chief culprits were free-to-play mobile games such as Clash of Clans, Age of Warring Empire, and The Hobbit: Kingdoms of Middle-Earth, wherein he estimates the players at the top of the leaderboard were spending hundreds of thousands of dollars to stay there.

Those would be the ‘whales’ – the term for players who contribute a disproportionate quantity of the revenue of any game that offers in-app purchases. Ideally, a whale is a cash-rich, time-poor player who is just paying for a little boost to skip the grind. But Kensgold shows this isn’t always the case: he is a cash-poor player with an addictive personality – he wiped out his savings, spent about 90% of his minimum wage paycheck on in-app purchases, and fell out with his family. Ultimately, he had to seek therapy to overcome his addiction.

“I had to get up the nerve to ask for help,” Kensgold tells Kotaku. “To get a therapist to lay it out for me, like ‘This is what you’re doing, this is how you can help yourself, here are the tools to help you.’”

He now avoids games with microtransactions, which is why he doesn’t feel able to try Battlefront II, though he wants to.

“The majority of the reason that I made my post was not really to slam EA or any of the companies that do this, but to share my story and to show that these transactions are not as innocent as they really appear to be,” Kensgold said. “They can lead you down a path. It’s not like buying a stick of gum at the store.”

The recent furore around Battlefront II’s loot boxes ignited a debate that’s now spreading across the games industry, but it was prompted by the length of the grind and a seeming lack of competitiveness in multiplayer if youdidn’tpay for loot boxes. The damage that chance-based microtransactions can do to a vulnerable minority is another issue, and one worth remembering as the industry re-examines the model.

Kotaku’s story is well worth a read in full, so check it out here. Kensgold’s original Reddit post is here.