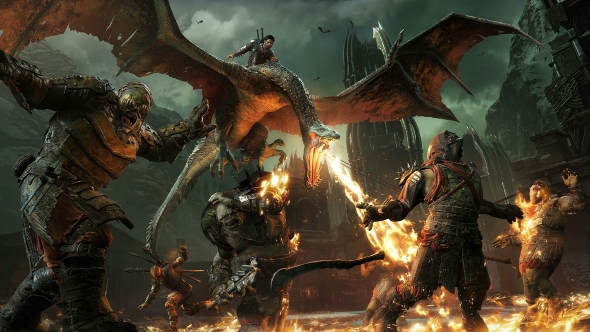 Hopefully you’re buckled in, because across E3, there’s been almost an hour of Middle-earth: Shadow of War gameplay footage uploaded to YouTube. That’s a lot of orc killing and bad guy smashin’ to get through.

For more E3 2017 coverage, check out everything else we’ve been writing about the show.

The first bit of gameplay comes from Microsoft’s E3 conference, and so is probably the video you’re most like to have watched. It’s definitely the flashiest bit of footage – there’s some open-world bits, a little more on the Nemesis system that’s returning from Shadow of Mordor, and that typical press conference flashiness. We’ve linked that one above.

Next up, IGN have a montage of open-world action – this one is mostly about running around the map rather than combat. It is, however, more footage of graug and drake riding, which is nice. There’s also a hint at what the story might hold right at the end, although we have no idea what or who the creature is. If you know what the leaf-sabertooth thing right at the end of the video is, send us a postcard.

From the PC Gaming Show, there’s also a new cinematic that shows someone you’ll be working with in Shadow of War: Eltariel, the Blade of Galadriel. She knows all about Talion and Celebrimbor’s alliance, and doesn’t seem to trust either of them – she also seems pretty badass, and we’ll likely be seeing more of her as we get closer to the release date.

Finally, it’s the biggest chunk of gameplay footage. Over at GameSpot, there’s 30 minutes of gameplay showing off a Fortress Assault, how one plays out, and the effects of successfully taking over a fortress. About 18 minutes in, one of the hosts also points out an interesting fact: a name came up, “Shelob’s Brood.” Considering the big ol’ spider we’ve previously seen in a trailer for the game, this definitely adds a little weight to the possibility that Shelob may make an appearance in Shadow of War.