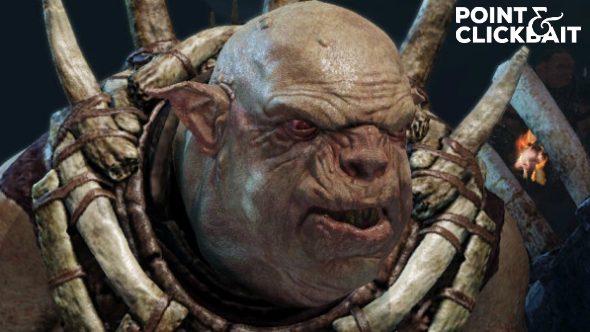 Shadow of Mordor won praise for its innovative Nemesis system when it released in 2014, and it looks like Monolith are about to take that system to a whole new level in the sequel with the creation of a “terrifyingly powerful AI” that will “find you and hurt you.”

Leaked documents from Monolith Productions show that the Washington-based developer has been quietly trying an improved Nemesis System that uses techniques “inspired by the NSA” to track down the player in the real world and murder them.

Gadget-lovers will get a kick out of the new system as well, with Shadow of War’s distributed machine-learning system capable of using mobile phone towers to hijack drones, and pilot them into people’s homes and businesses at any time.

Internet-enabled devices such as modern smart cars are also vulnerable to Shadow of War, although some players may be disappointed to note that, as a result, the new Nemesis system requires players to always be online – a controversial move from Monolith that is sure to cause outrage.

Point & Clickbait understands that a “regrettable” amount of Quality Assurance lives have been lost in the testing of the new and improved Nemesis system, but an internal review process concluded that it was a success, citing a “total lack of negative feedback.”

A Monolith representative would not comment on the allegations in the leaked documents, other than to say “and how do you spell your name?” while smiling faintly.

Point & Clickbait is the internet’s finest source for extremely true, real, and in no way satirical gaming news. It is also a part of the PC Games Network.