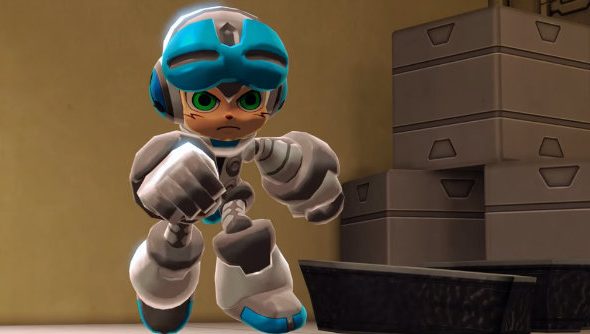 Hey you – do you like awesome things that are awesome? If the answer was ‘yes’, you probably won’t be a fan of the new Mighty No. 9 trailer that uses that exact line.

“You’ve gotta play this game, dude,” the trailer says. “It’s friggin cool and crazy addictive – like popping bubble wrap-addictive.” If you haven’t cringed yourself to death by this point, it then goes on to show you the types of dashes you can do in-game, explaining “there’s probably a dash that makes you breakfast!”

Apparently you can “make the bad guys cry like an anime fan on prom night”, too . Way to alienate your target audience there, game video makers.

The narrative surrounding Mighty No. 9 has been pretty negative already, with the game delayed multiple times. This video certainly isn’t going to do it any favours. Have a watch:

Not only has the video not gone down well with the audience, but Inti Creates chief executive Takuya Aizu blasted the trailer as “horrible” in a public tweet. “What the hell was D*** *il*** thinking making a crappy PV like this?!” he said. “Unforgivable.”

He seemingly blocked out some letters so the company couldn’t find it by vanity searching their name, but it clearly refers to publisher Deep Silver and their “crappy” promo video. Ouch. Mighty No. 9 releases on June 21.

ひどいな。このPVは何なんだよ。 What the hell was D*** *il*** thinking making a crappy PV like this?! Unforgivable.