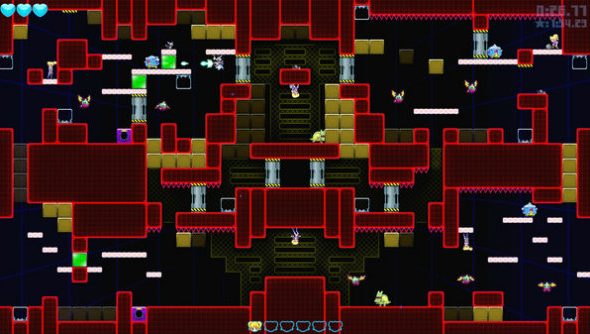 Mighty Switch Force! Academy has left Early Access with a launch trailer that’s so cutesy it might make you vomit a little bit in your mouth.

Mighty Switch Force! Academy tells the story of a police recruit who is whisked into a virtual reality training module that’s like an alternate, physics-bending dimension.

It’s a nice excuse to have players walking on ceilings and flipping the environment about, messing with your sense of perception as you pepper animals with you pellet gun, just like real life police do.

All of this up-tempo action is backed by bouncy beats, giving the game a rhythmic feel when you’re in the zone.

It also lets you play with three friends in four-player couch co-op across all the levels.

You can get it on Steam for 25% off at the moment.