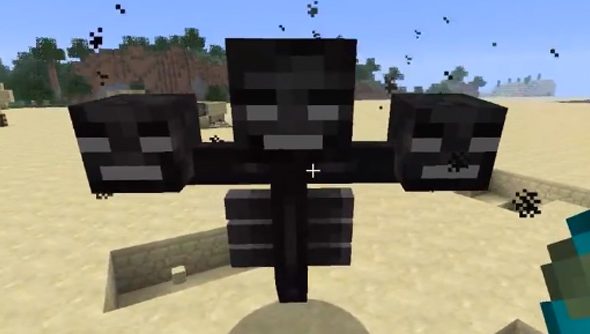 The Wither Boss is a sort of three-headed, charred skeleton, whose outer heads can launch projectiles at targets. These projectiles explode on contact, and cause a ‘wither’ effect that blackens your heart and leaves you tainted with its poison touch, like Marilyn Manson lyrics given mortal form. Here’s the Wither Boss doing its funky thing:

I have mixed feelings about this. Helpful Reddit user SethBling has provided a world download with the Wither Boss in it, though you’ll need to be running the latest Minecraft snapshot and have some idea what you’re doing. I certainly don’t, so will be waiting patiently for this corrupted chap to come storming into the full game.