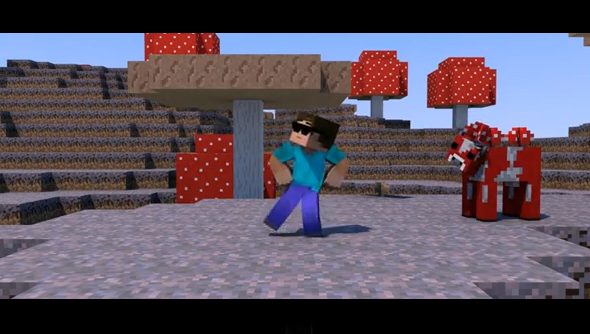 You’d think that the rampant popularity of Psy’s ‘Gangnam Style’ would start to abate, but it’s really not. It seems to have slipped into every part of gaming culture, played during broadcasts of Esports, and almost every game getting their own parody of it. And so, Minecraft.

Running a lighting test in Blender, YouTube user Chickenkeeper24 got a little carried away and rendered a good thirty seconds of Minecraft Steve with shades on doing Psy’s trademark dance, albeit a little more stiffly, what with his entire body being made out of blocks.
Although, in a creepy turn of events, he’s now got fingers. Blocky little fingers, but still fingers. It looks so wrong, but he dances /so right/.
And that bit where he screams at a pig’s bum is pretty ace.