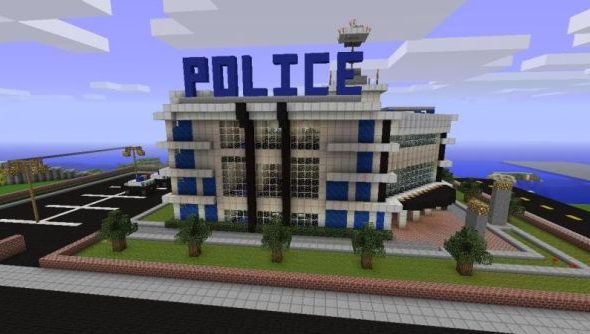 It’s been a funny old month or so in Minecraft. Back in April, a developer exposed a vulnerability in the game’s code – a memory-hogging exploit that could crash any server, and which has apparently existed in Mojang’s laid-back, green-grassed sandbox since 1.6.2.

More recently, they’ve sent the enforcers in. Mojang have pushed out a patch today that tightens up a few more security issues. It’s the code equivalent of an extra set of torches around your homestead.

Minecraft 1.8.5 is now available for download in the game’s launcher. It sorts out an exploit related to signs and command blocks. If you already know what it is, you’re part of the problem.

Another bug, involving scoreboards, saw the game create custom ‘phantom’ players upon reloading a world. That one sounds particularly sinister, but that’s what happens when you start throwing around the word ‘phantom’.

“This version is fully compatible with all previous 1.8 versions,” wrote Mojang’s Searge. “But it is still highly recommend to update to 1.8.5 as soon as possible.”

Beyond these few internal fixes, Minecraft 1.9 will mostly concern new in-game features rather than infrastructure rewrites. That’s good news for Minecraft modders – who have in the past faced a laborious task in updating their work to match the game.

Have you played much Minecraft lately?