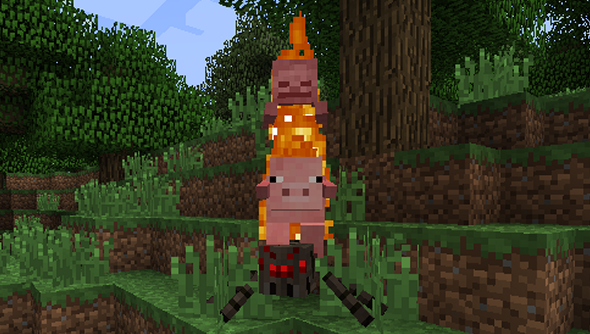 Tuesday’s Minecraft snapshot, which was really little more than an update to let you ride things that ride other things, has been tidied up with a new release today. A bunch of bugs have been kicked out the door and Mojang say that they hope to pre-release the Minecraft Redstone Update tomorrow, ahead of a full release next week. Exciting stuff? Just a little.

If you tried Snapshot 13w09a then it’s worth grabbing this update to iron out any problems you may have had. You can download it from Mojang’s site here and don’t forget that we have a guide for players who are trying out a development snapshot for the first time. It’s not very difficult, so don’t be scared. We also have a guide that covers everything we know about Minecraft 1.5, the Redstone Update, which tells you both what you can and can’t expect to see in the new version.

Here’s a list of problems that will no longer plague you, all taken from Mojang’s bug collection: