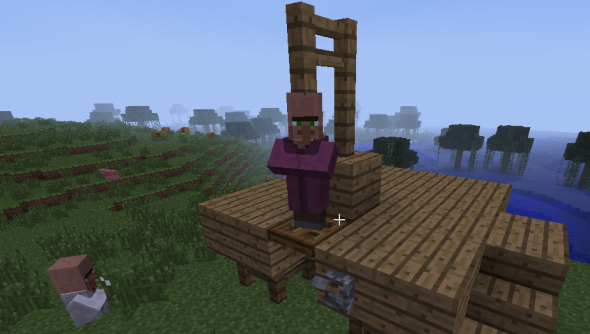 Out of the blue, developer Nathan “Dinnerbone” Adams casually tweeted the news that he was having a hard time drawing and texturing a new mob with a “less traditional witch look.”

It’ll be a ranged mob and “It has a magical nose that wiggles, too.” Sounds like it fits in perfectly with the Hallowe’en theme of the update, which is scheduled for the end of October.

As soon as we get more news or images, we’ll share them with you. In the meantime, thanks to Kirby Emoticon on reddit for the above picture, which shows villagers testing a gallows in preparation. Grim.