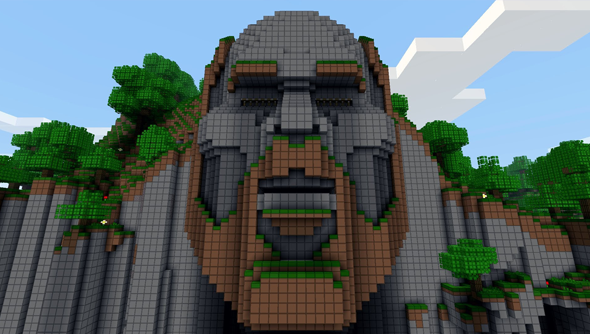 Over the last couple of years, Notch has been in the curious position of hiring his own bosses – first in CEO Carl Manneh, then in business developer Daniel Kaplan, and now in vice president Jonas Mårtensson. For those three at Mojang AB, an adapted version of the Gabe mantra from the Valve new employee handbook presumably applies: “Of all the people at this company who aren’t your boss, Notch is the MOST not your boss, if you get what we’re saying.”

“A few months back I had a casual conversation in the office kitchen talking about the insane amount of things going on at Mojang,” writes Manneh. “I said something in the lines of ‘I wish I could clone myself’. I remember Tobias mumbling something like ‘I’ll look into that’.

“Yesterday Tobias came back to me and said he had something to show me. Introducing Mojang’s new Vice President: Jonas Mårtensson! Sometimes it’s just nice to be able to clone yourself… or hire your twin brother.”

“Extremely impressed by the talent at Mojang and what @notch has created,” said brother Mårtensson on his new Twitter account. “This will be fun.”

Mårtensson’s LinkedIn profile indicates that this is his first week at the company, and Mojang haven’t divulged anything of his role – but gosh, does it sound important. Before his current job, he spent five years as a board member for Happy Socks AB, who make, um, socks, quite successfully. He was head of the mobile division at gambling game specialists Betsson, and before that ran a recording studio with Manneh.

In short, there’s nothing to prompt the, ‘Ah! That makes sense,’ moment you’re looking for. But it’s fair to assume there’s more to a man than the faintest outline of his CV, wouldn’t you say?