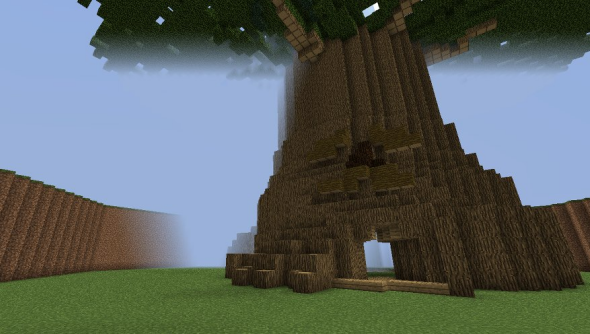 There’s something about Minecraft that inspires many players not to build, but to rebuild or to recreate, and redditor kevinbonbon is just one of these people. The Ocarina of Time project is one person’s attempt to create the world of the famous N64 game inside of Minecraft and, though it’s still at an early stage, it’s coming along well, as you can see.

That said, it’s certainly not the first time a Minecraft player has taken inspiration from the Zelda series.

HyruleCraft tried a similar thing last year but sadly seems to have fallen by the wayside, though you can still check out the Planet Minecraft page for the project and enjoy all the work that was put into this promotional trailer:

Then there’s the recreation of Koholint Island from Legend of Zelda: Link’s Awakening, or the 1:1 rebuilding of the overworld from Link to the Past. There’s something about the Zelda games, something about mixture of all those dark dungeons and fantastic forests, that seems to suit Minecraft rather well.
{"schema":{"page":{"content":{"headline":"The Ocarina of Time project: another recreation of a Zelda game within Minecraft","type":"news","category":"minecraft"},"user":{"loginstatus":false},"game":{"publisher":"Mojang","genre":"Survival","title":"Minecraft","genres":["Survival","MMO"]}}}}