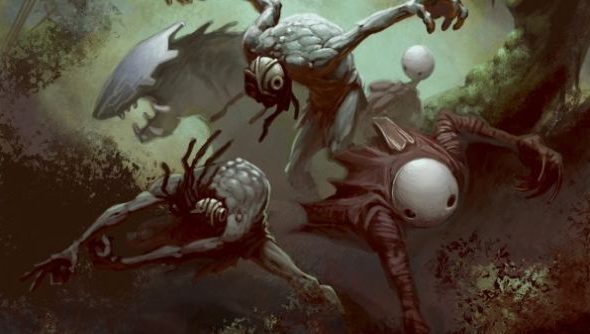 Scrolls’ new Decay cards look awful. Not rubbish, you see, but brilliantly grim: the stuff of a series of nightmares painstakingly animated by Studio Ghibli’s Hayao Miyazaki. Look at them there, galumphing about a forest they’re obviously not very good for. Brr.

Today is the start of Mojang’s Week of Decay, which means that a) the faction are in the game, and b) if you sign up for an account over the next few days you’ll bag a preconstructed Decay deck for free – on top of the starting deck you’ll choose upon logging in for the first time.

46 new scrolls have been introduced to the game in the Decay update, along with an undisclosed number of new avatars.

Existing Scrolls players who buy the pre-con deck this week – for a not-insignificant 500 shards or 6,500 gold – will grab a witch doctorish complimentary avatar that looks like this: 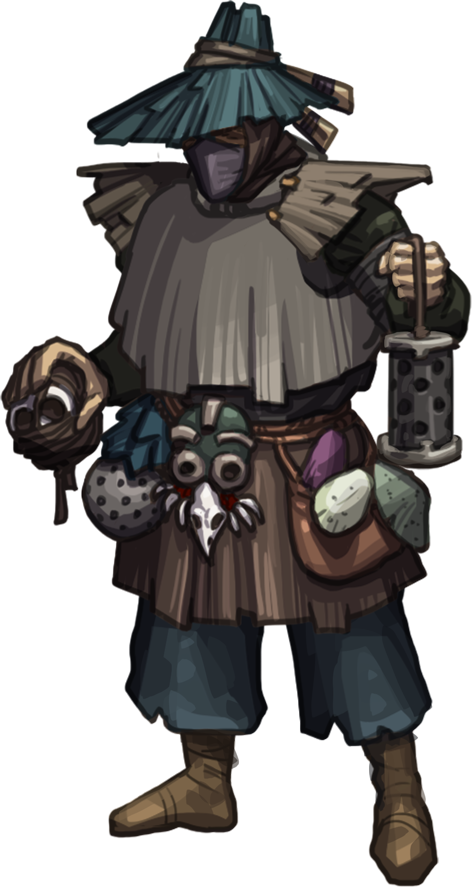 What’s more, the Just For You section of the store will be updated daily with Decay Scrolls, and Mojang will be sharing unreleased Decay artwork, tactics advice and dev team interviews via the official site.

Click here to see every single Decay card in one place, or don’t if you’d prefer to be horrified by them in battle first. And you can find the update’s full changelog below, if you want it.

Are you dying to get rotting, or do you have a long-held fondness for one of Scrolls’ three other factions?