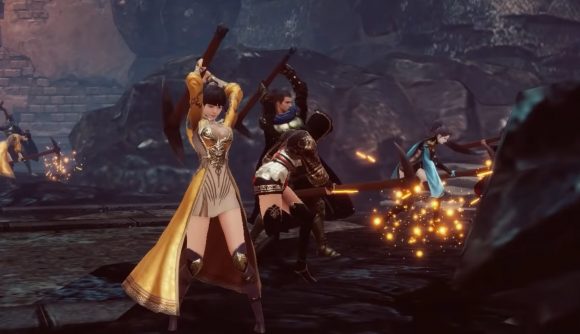 MIR4 launched on Steam and mobile devices last week, and its peak concurrent player count has been increasing dramatically every day since. It’s on pace to crack into Steam’s top 50 soon, and this success is coming despite the ‘mostly negative’ reviews posted for the game on Valve’s platform. I’m pretty sure cryptocurrency is the reason why.

First, a bit of background. MIR4 is the follow up to a decades-old series of MMORPGs developed by South Korean studio WeMade. The Legend of Mir 3 shut down nearly a decade ago, and MIR4 is, as the number implies, the next entry in the series – though you won’t see much reference to the older games in most English-language corners of the web.

At first glance, MIR4 looks like a lot of free-to-play MMOs, with a load of microtransactions, a vague take on Asian mythology, and female characters dressed up in far skimpier outfits than their male counterparts.

After spending 30 minutes trying to figure out what the game is, though, it plays more like Cookie Clicker than World of Warcraft. When you get a new quest objective, you can simply click on it, and your character will automatically run there, automatically fight any enemies in the way, and automatically consume potions to avoid dying. You can assume manual control, but there doesn’t seem to be much reason to do so – the AI’s efforts are just as effective as my own, at least at the early levels. 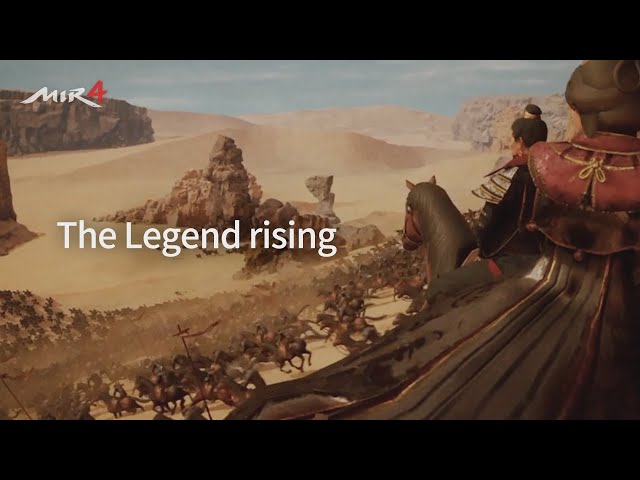 It’s a game clearly made for casual play on mobile (the interface is obviously designed for a touch screen, with recommendations to ‘tap’ rather than ‘click’ various buttons), but there are plenty of idle games on Steam that have quietly gotten a positive response. The apparent reasons for MIR4’s early success are a lot weirder.

Developer WeMade has branched out into cryptocurrency. The company runs a wallet service called WeMix, and while none of this is mentioned on MIR4’s Steam page, press releases and the game’s official site clearly spell out that you can get a blockchain-backed currency called DRACO by playing. You can only get DRACO if you tie the game to a Facebook, Google, or Apple account, reach level 40, and collect enough of the in-game Darksteel currency (by literally mining it) to craft the cryptocurrency.

WeMade’s official estimates put the DRACO exchange rate at just under $3 USD, which ain’t Bitcoin, but it certainly ain’t nothing. The company plans to continually adjust the rate at which players can turn Darksteel into DRACO so as to preserve the currency’s value. You can get the developer’s own breakdown of how that will work in the video below. 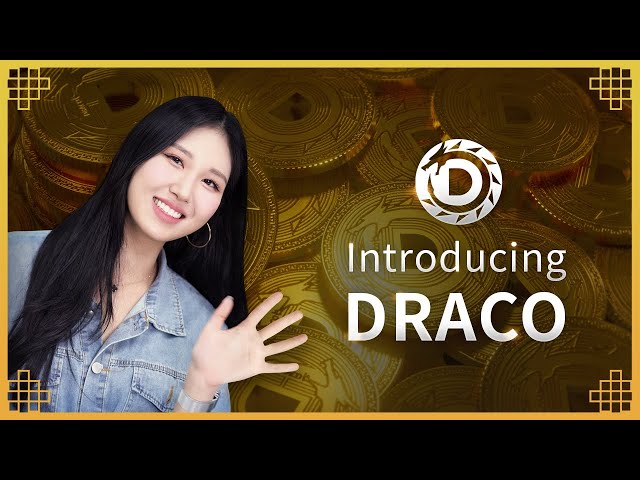 WeMade also plans to continue offering support for DRACO in future games. At some point in September, MIR4 is also going to get the “world’s first NFT of commercially successful online games.” I don’t know what that means, but one thing’s for sure – online gaming is going to keep getting even stranger.