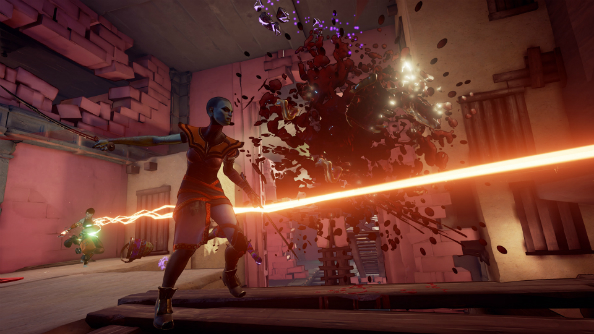 Are you a fan of Chivalry: Medieval Warfare, Torn Banner’s brutal first-person melee brawler? Well you can now try out their spiritual successor, Mirage: Arcane Warfare. As the name suggests, is all about the dark arts. Saying that, you can still bash someone’s face in with a mace.

Batter your pals forever in our list of the best multiplayer games.

As you can see in the trailer above, it looks frantic, bloody, and a lot of fun. If you want to give it a try, you have between now and May 14 to jump onto Steam. The game launches proper on May 23.

The beta will cycle through nine maps and will introduce a new mode that wasn’t available in the recent closed beta: Arena. Arena is described as a “3-on-3, last-man-standing style competitive tournament mode that takes place on an entirely different set of smaller, more close-combat maps”. Two of these maps are in the beta, in addition to the nine standard maps.