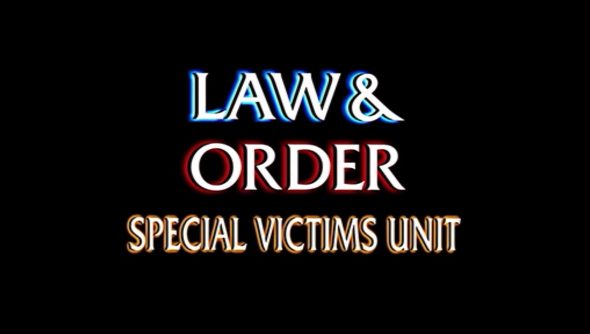 Today’s episode of Law & Order: Special Victims Unit tackled the rotten subject of misogyny in the videogames industry. By all accounts it was not a neat tackle. It was more of a rugby tackle in which everybody got hurt and felt sad afterwards.

In case you missed it, here is a summary of the best bits of the episode compiled by me, a man who hasn’t watched it yet. Sorry.

When a games developer receives a flood of death threats from a small and hateful cabal of misogynists on the eve of her game’s launch event, public perception of a hobby is set back decades by a television show that predictably conflates a brutal anti-feminist online movement with anybody who’s ever played Flappy Bird.

But who is really to blame for comprehensively embarrassing anybody who’s played ever played anything? Is it the television show’s writers, whose nuance-averse brushes inexpertly paint procedural fiction in terms of absolute villains and absolute heroes in order to appeal to a disinterested and uninformed audience? Or is the actual subset of real villains hiding within the gaming community today, whose hateful campaign of threats and violence against women compose the very tar with which we have all now been samely brushed?*

Only Ice-T (and his friends Woman Detective and Man Detective) can find out!

Ice-T: “I’ve had it up to here with these freakin’ gamers. I’m going to murder every last one of them with my legs and fists, so help me Jesus.”

Woman Detective: “Cool your jets Ice-T, you’re stomping all over the evidence.”

Ice-T: “I’m sorry Woman Detective, it’s just that these damn idiot nerds really get my goat, if you know what I mean.”

Man Detective (holding up a Game Boy): “We recovered this evidence from the murder scene, any idea what it might be?”

Forensics Woman (pushing glasses up nose): “Bazoinga! This is a vintage Nintendo Game Boy video games system, circa 1990 if I am not mistaken.”

Woman Detective: “Haha! This nerd knows what videogames is!”

Woman Detective pushes the Forensics Woman into a bin.

Man Detective (questioning a gamer): “Okay, I get that you killed the victim because you wanted to ‘level up’ your ‘gamer score’, but what I still don’t understand is why you didn’t try to flee the scene.”

Gamer (in a silly nerd voice): “Herpa derp a doo, I was too fat to run away because of my terrible gamer diet of microwaved beef, and I couldn’t call for a cab because like all gamers I fear real human contact and prefer to stay indoors where I, a living stereotype that your show projects as truth to unquestioning millions, feel safe.”

Man Detective: “Typical. Typical of every gamer that there is. That’s just typical of anybody who has ever played one of these idiot games for shits. God, you people make me sick. Take him away.”

Reasonable Human: “Detectives, can I just point out that the abuse of games developers at the hands of this radicalised crowd of anti-feminist bullies is not indicative of the attitudes of the broader gaming community, and that while it’s true that the games industry at large can often perpetuate a culture of toxic masculinity through the aggressive marketing of sexist and violent themes towards a demographic of teenage boys, many if not most fans of videogames actually find such pubescent aspects of their hobby fairly embarrassing.”

Woman Detective: “Cut the nerd talk and tell us where you’ve hidden the dead bodies of all of the women that you hate for not having sex with you, you filthy gamer.”

Man Detective: “I swear to god, I will shoot you in the head with my detective gun you socially unaware idiot.”

Reasonable Human turns to camera and shrugs: “Whaddya gonna do?!”