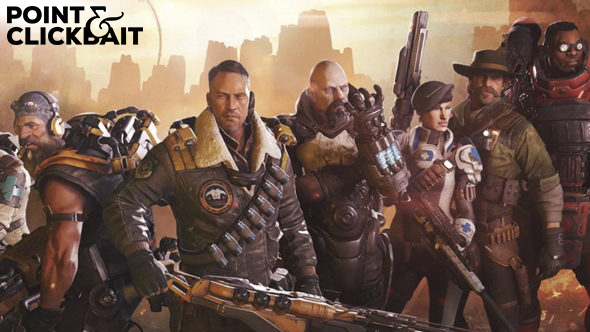 Disillusioned hunter characters from multiplayer monster-hunting game Evolve are reportedly attempting to move across to Monster Hunter World, according to multiple sources.

Point & Clickbait understands that several of the game’s more iconic characters, like the soldier Markov, the medic Val and the trapper Maggie have been urging the others to relocate, citing a fresh crop of monsters to fight and “a publisher who seems to give a shit”.

Support character Hank took a break from a busy retirement of “wandering through the empty Evolve servers and screaming” to tell Point & Clickbait that he thought the move was a good idea.

“Let me out,” confirmed Hank, grabbing us by the collar and shaking us back and forth. “I want to die. Release me from the endless nothingness that is my life.”

Although the official immigration forms are still being processed, 2K Executives have written to Capcom expressing their enthusiasm for the idea.

“We would love to see the great cast of Evolve take to the wilderness and fight monsters once more,” explained a 2K Games spokesman. “What an idea: the full cast of Evolve available to all Monster Hunter World players – as full-price DLC, in the finest Evolve tradition.”

Capcom is understood to be “evaluating” 2K’s pricing suggestions.