Mortal Kombat fatalities have been the series’ bread and butter since before the dot-com bubble when this brutal fighting game could only be played in arcades. The morbid finishing move has endured and has come to represent everything people love about the Mortal Kombat series on the whole – they’re bloody, grandiose, and the ultimate sign that you’ve humiliated your adversary in battle. A morbid way to signal the end of the match.

To pull off these stark shows of dominance, you’ll first want to whittle your opponent’s health bar to zero. Once that’s done, ‘fatality!’ sprawls across the screen with the equally enthusiastic Shao Kahn shouting it out to match the text on screen. Once you have your cue, you’re free to do the deed. As a side note, fatalities have received a bit of a face lift, as developer NetherRealm raised the Mortal Kombat 11 30 fps cap to 60 fps in a recent update.

To keep things tidier, you can read the following moves as these inputs: 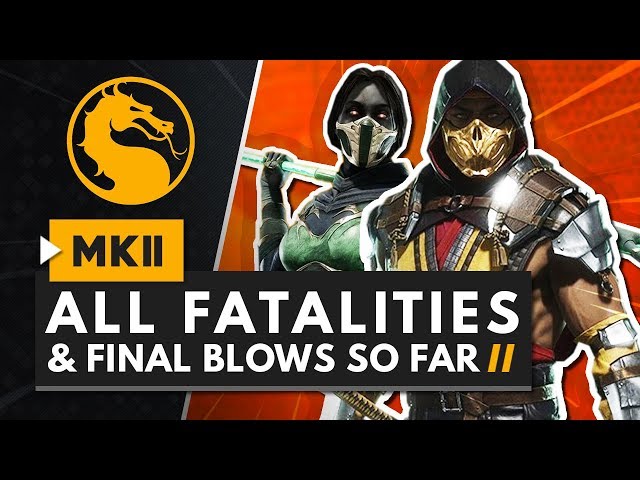 Food For Thought: back, down, back, back punch
Rock, Paper, Baraka: back, forward, back, front kick

New Species: back, forward, back, front kick
Can’t Die: back, down, down, back kick

Phasing Through Time: back, down, down, front kick
Peeling Back: down, forward, back, front punch

Coming in Hot: forward, down, forward, front kick
Still Got it: back, forward, back, down, front punch

Mr. Cage’s Neighborhood: forward, back, down, down, back kick
Who Hired This Guy: forward, down, forward, front punch

Last Dance: forward, down, down, front punch
Face Like A Dropped Pie: back, down, forward, back punch

You’re next: back, down, down, front punch
Chain Reaction: down, forward, back, front kick

Get over here: the best fighting games on PC

And there you have it, all the Mortal Kombat fatalities. As a bonus one, too, if you force your opponent to rage quit you’ll get what’s called a ‘Quitality’. Anyway, we hope this helps you to memorise some brutal finishers for your favourite starter picks in Mortal Kombat.