The latest Mount & Blade II: Bannerlord dev blog goes into the Aserai, the ruling tribe in the game’s southern deserts, based on the Arab tribes of the seventh century. While spoken of as one people, they’re made up of a many smaller tribes, each vying for power.

It’s a deep look at a people you’re going to have to deal with often in the forthcoming game.

For all the details, check out our Mount & Blade II: Bannerlord release guide.

The Aserai live in Nahasa – a desert ringed by mountains. While much of the land is covered in thankless sand, there are sporadic oases and settlements that have cropped up around them

According to the developer blog, the richest tribes are allies of the emperor. “Those clans that could secure a hold on the oases won an imperial subsidy to protect passing caravans and grew rich,” the post states. “Those who could not were pushed into the desert, left to raise goats and camels and raid caravans until they could plot a comeback.” 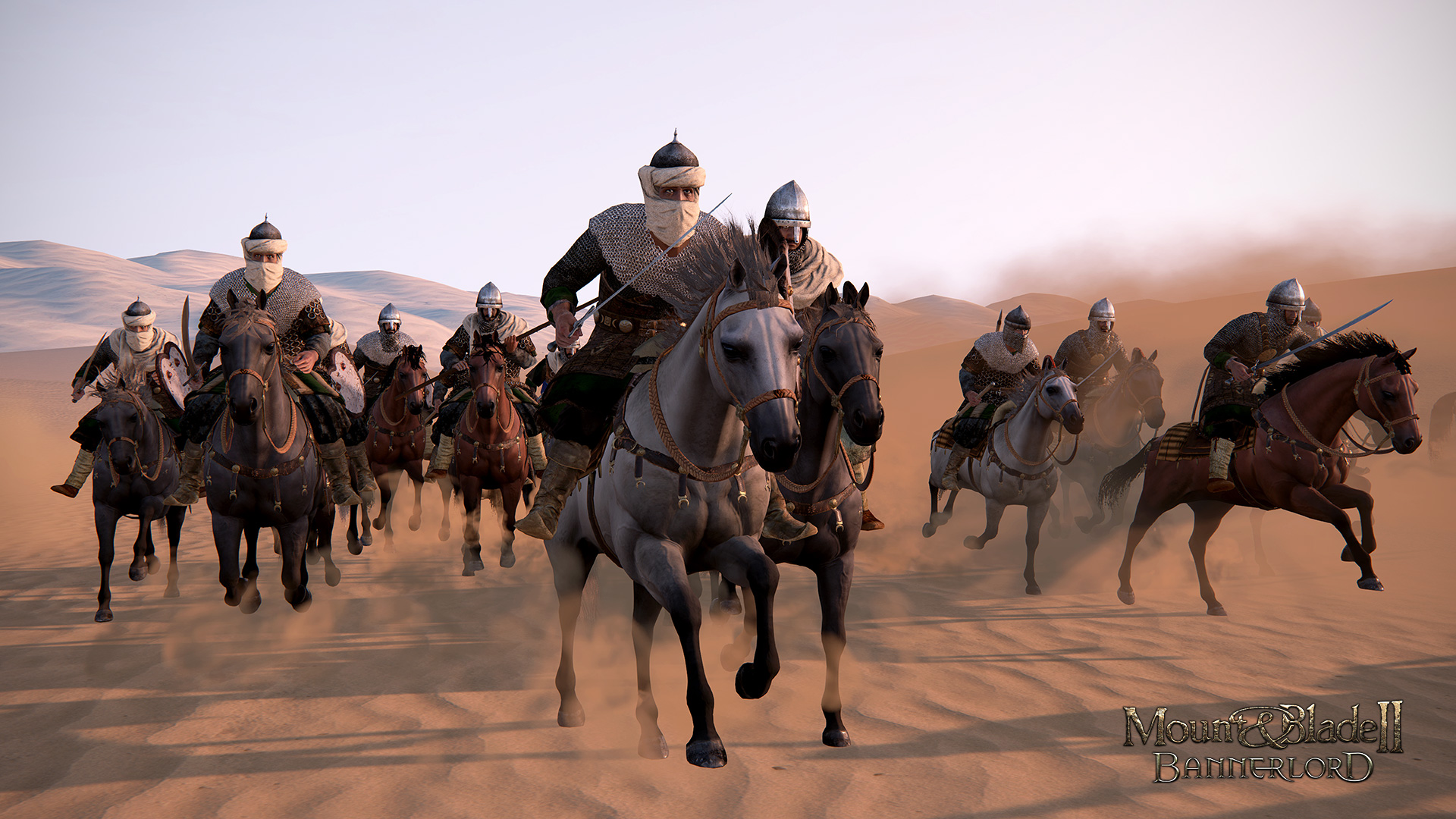 While serving the empire, the Aserai have also banded together and formed a confederacy, one that could push north, out of the desert.

The inspiration for the people are “the Arab tribes just before the great Islamic conquests of the seventh century, which created a diverse tri-continental caliphate whose scale and institutions don’t really fit Bannerlord’s political system.” Taleworlds are going to make use of the events system to create the backstory of allies and enemies within the factions, making it a challenge for anyone to bring them together with so much danger of stepping into a bitter feud.

As you might expect, when it comes to combat, the tribes don’t rely on the cavalry. “Mideastern armies are popularly associated with horse archers, but in fact those only became prevalent about two centuries after the founding of Islam with the influx of Turks,” the post says. “The Arabs fought with short sword, long spear, and foot bow. Warriors prided themselves on their flexibility, fighting as light mounted lancers or heavy foot, in formed ranks or as individual champions. Javelins, a favourite weapon of the Berbers, made their appearance in Islamic armies fairly early, and we have the Aserai use them as well.”

The tribes will use horses, but they won’t make up the bulk of the army’s forces.

There’s a tonne more about the Aserai in the developer blog and it’s well worth a read if you want to know what more to expect from the southern people.