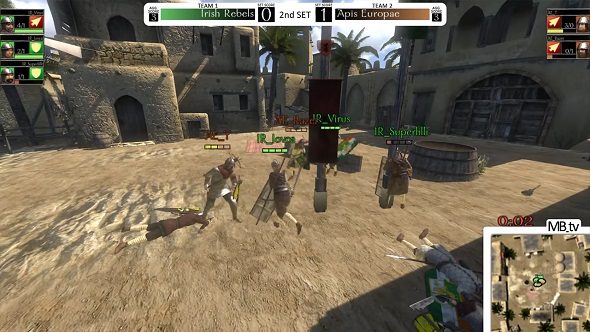 Not wanting to miss out on the meteoric rise of esports, TaleWorlds Entertainment have announced the very first esports event for the Mount and Blade series. Named “The Battle of Bucharest”, this tournament will see Europe’s best thanes battling it out for share of a $10,000 prize pool.

My lord, let me regale you with tales of the PC’s best multiplayer games.

Launched back in 2010, Mount and Blade: Warband has gathered quite a dedicated community of competitive warlords. Focusing on smaller skirmishes, the Battle of Bucharest will run 1v1 and 5v5 events, in order to establish Europe’s best duelist and warband. The qualifying rounds of the tournament will run from May 12-14, with players competing online to determine the four individual warriors and four teams that will fight in the live finals in Bucharest.

In the 5v5 category, the winning team will win $5000, with second place gaining $2500 and third place receiving $750. As for the duelists, the grand champion will earn $1000, with $500 for second place and $250 for third. If you wish to compete, registration is still open until tomorrow over on the Battle of Bucharest website. Players must be over the age of 16 and must have a valid EU passport in order to compete, so don’t expect any invaders from the kingdom of America swooping in and take the grand prize.

Discussing the potential future of competitive Mount and Blade, managing director of the Lithuanian Esports Federation Sergei Klimov stated that there are plans “to develop this format to include other regions in the future, increase the prize pool and of course jump to Mount & Blade II: Bannerlord (the new game in the series) when it’s released.” For more information on the rules as well as where the finals will be streamed, make sure to check out the official Battle of Bucharest website.