Strap in for a slightly strange ride. My Hero Academia, an extremely popular anime series that even I have heard of, is getting a “battle action” game. Exactly what that entails isn’t particularly clear, as the only trailer is CGI and mostly focused on monologues. However, it will definitely involve punching, and a lot of environment destruction. The official trailer titles it simply the ‘My Hero Game Project’ but ‘One’s Justice’ is the translation of the Japanese version, announced at the start of the month.

Looking for something for right now? Here are the best games of 2017.

Some of that complication aside, it also has this chap in it, who seems to be made mostly of hands: 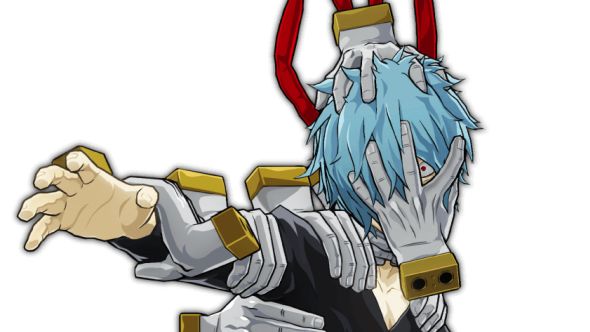 He’s not having a good day. I’m reliably informed he’s the villain, because he leads the League of Villains and also destroys anything he touches through his Quirk – the game’s power system unique to each character. The good guy, Izuku Midoriya, inherited his from (you probably guessed it) a legendary hero, despite seeming otherwise unremarkable.

Based on Gematsu’s information, the main draw of the game seems to be mass destruction of stages. Punching through buildings, walls, and other assorted items of an explosive nature is certainly my idea of being a hero.