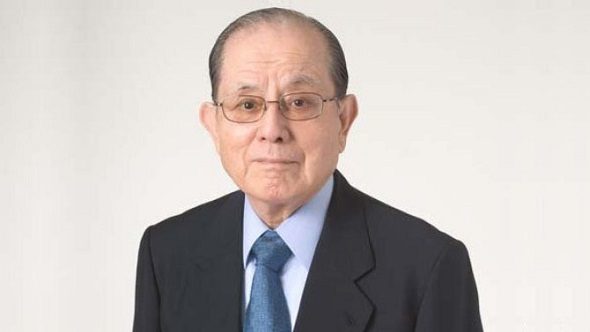 Masaya Nakamura has died at age 91. The industry veteran is best known as the ‘Father of Pac-Man’ because of his role in bringing the arcade game, created by designer Toru Iwatani, to the US and Japan by securing a licensing deal with Midway.

Nakamura also founded Namco, which for 10 years was also owner of the Nikkatsu film company.

His death happened a week ago, but Bandai Namco only released the Japaneseannouncement today, giving the gaming legend a chance to have a proper funeral with close relatives.

Namco was founded by Nakamura in 1955. At that time, the company had nothing but mechanical horses on the top of a department store in Yokohama, Japan. The company soon expanded and began producing arcade machines.

Nakamura later bought Atari Japan for $500,000, which gave his company the exclusive license to Atari’s games in Japan for a decade. Eventually this purchase led to the development of hits such as Galaxian.

When Namco was merged with Bandai in 2005, he remained in an honorary position within the company. Nakamura was also awarded the Order of the Rising Sun in 2007 by the Japanese government for his achievements.