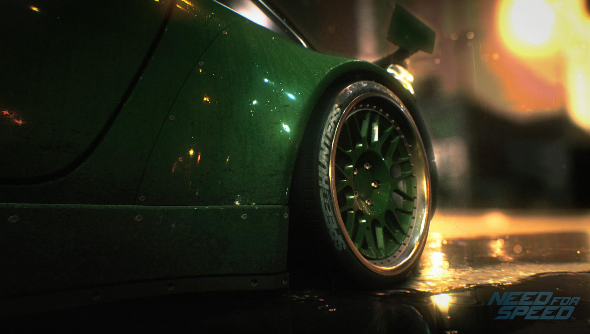 Need for Speed has been one of EA’s reliable yearly franchises, but after 2013’s Rivals the series took a year off. The latter months of this year will see the game return though, and EA have teased the game in a single new image. Cast your eyes on it, and start thinking back over the series’ history for a few clues.

It’s all just guesswork for now, but the truth will be finally outed on May 21st. What are you hoping for in a new Need for Speed game?