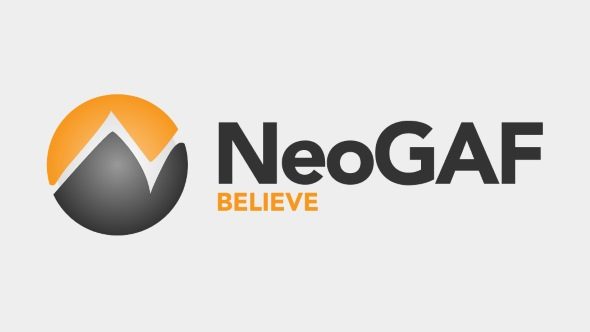 Update, October 24: NeoGAF is back online following its shutdown over the weekend. Its owner, Tyler Malka, has issued a statement concerning the allegations made against him, and changes that will be being made to the site following its return.

Following its brief shutdown over the weekend, popular gaming news forum NeoGAF is back online. The site will be undergoing changes following its return.

The biggest changes will be to the types of posts allowed on the site, and to the visibility of moderators. For the immediate future, there will be no Off-Topic forums, and moderators will become anonymous, in order to help shield them from toxicity that reportedly contributed to some of the resignations from the site.

The site’s reappearance has been accompanied by a statement from its owner, Tyler ‘Evilore’ Malka, in which he denies the allegations made against him, and explains why the site was down. Evilore says the allegations against him are “not true, the individual making the accusation isn’t credible, the story doesn’t reconcile logically with the facts, and there’s plenty of evidence and witnesses to corroborate that.”

Waypoint has spoken to both Malka and his accuser, Ima Leupp, and they paint a fuller picture of events, with the two maintaining a friendship after the incident that broke down late that year. However, the witnesses and evidence Malka refers to don’t come up.

Evilore goes on to explain why the site went down, citing that the period of downtime was for “maintenance and repair and restructure.” He also claims that a rise in the amount of “heated news, political issues, and social issues” being discussed on the site had already put pressure on the mod team. You can read the full statement here.

Several users on the main forums are requesting permanent bans from moderators in a mark of protest.

Original story, October 22:Prolific and popular gaming forumNeoGAF(formerly the Gaming Age Forums, founded in 2006) is currently offline at the time of writing, and it might not be coming back this time.

In the wake of some very serious allegations of sexual harassment (captured here on Imgur, with names removed) levelled at site-owner Tyler ‘Evilore’ Malka, at least 11 site administration and moderation staff have stepped up and walked out in a show of solidarity with the accuser, taking many of the site’s regular users with them.

The allegations against Malka carry additional weight, due to claims from the man himself, posted on NeoGAFback in 2012 that he has treated women in a far less-than-gentlemanly fashion. Joining the admin/moderation stuff, NeoGAF’s community is scattering far and wide, with some other major games forums seeing mass sign-ups in the past few hours, with Waypoint in particular seeing a large number of arrivals welcomed with open arms.

NeoGAF held a special place among gaming forums for a very long time, with a combination of active moderation (on top of effectively being an invitation-only community, with applications to join often taking weeks or months to be processed) and a great many industry insiders posting there regularly. For those looking for cutting-edge gaming news and rumors, the original source for much of it was NeoGAF. Nowadays with the rise of social media, traditional caming forums carry a little less weight.

There has also been talk among some of the former NeoGAF staff of creating a successor site, although it’s questionable whether a major gaming new forum could flourish in the present climate. Discord servers have become a subtitute for many (including myself) to traditional games forums, with communities able to set up new hubs of activity quicker and easier than ever before, as well as moderate more effectively than previously possible. While NeoGAF had its own official Discord server, it was – like its parent site – an invitation-only affair.

While there is potential for NeoGAF to recover under new ownership (this would of course require Malka to stand down and hand the site off to someone else) this has an ‘end of an era’ feeling to it, and is very much a sign of the times. While great to see gaming communities (and the greater public) no longer willing to stay silent or sweep things under the rug in situations like this, it feels like it may be some time until communities reform under better leadership.