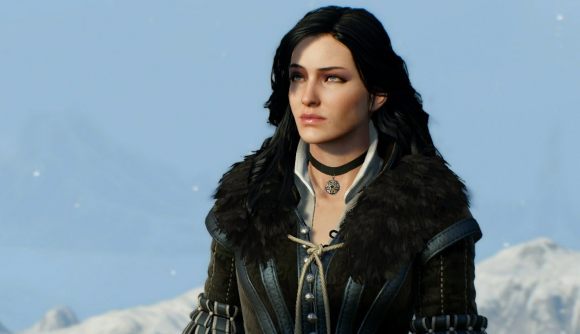 A number of lesser roles have also been cast. Jodhi May (Game of Thrones, Genius) will play Queen Calanthe; Bjorn Hlynur Haraldsson (Fortitude) is her husband, the knight Eist; Adam Levy (Knightfall, Snatch) plays Mousesack the druid; MyAnna Buring is the head of the magical academy at Aretuza, Tissaia; Mimi Ndiweni and Therica Wilson-Read will play a pair of novice sorcerers; and Millie Brady is the outcast Princess Renfri.

Hissirch says the casting for Ciri was especially exhaustive: “we ended up seeing over 200 young women from all over Europe”, but that “we knew it right away” when she met Allen.

That interview also discusses the fan backlash Hissirch has received on numerous occasions, none more so than when a casting call last month asked for black and minority ethnic actresses to play Ciri.

I couldn't be more thrilled about our ever-growing #Witcher family. Anya, Freya, and the rest of this jaw-dropping cast will slay monsters, your hearts, and everything else we put in front of them. https://t.co/gHkhf1mQlw

“The fans really have pictures of these characters in their minds and I don’t blame them for that. I get it,” says Hissirch, of the controversy. “I think coming in as a writer and saying my vision might look different than yours is scary for fans, but truthfully I don’t think it has to be. One of the things I feel most strongly about is people being afraid that we’re going to strip out the cultural context of The Witcher, to remove its Slavic roots, the very thing people in Poland are proud of. That couldn’t be further from the truth. What I’ve always wanted to do is take these Slavic stories and give them a global audience.”