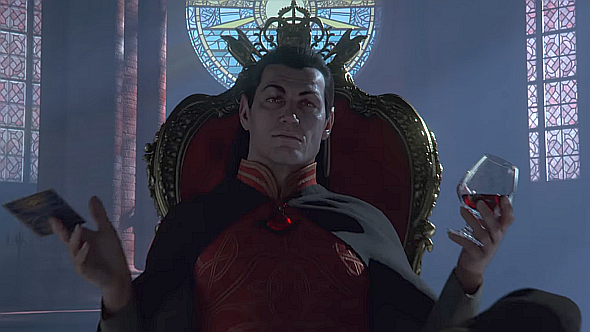 Ravenloft is the latest ‘module’ for Neverwinter, a free action-MMORPG based on the famous Dungeons & Dragons fantasy universe, and it’s now available to play on PC.

Players will be called to Barovia to tussle with the dreaded vampire Count Strahd von Zarovich – essentially, the D&D equivalent of Dracula. The campaign will whisk you through the village of Barovia, a Vistani camp, and Castle Ravenloft itself. Ravenloft will serve as a new dungeon, and its master a new endgame boss.

Other additions will include a deck of magical Tarokka cards, which can be unlocked by and wagered upon monster hunts. There is also a meaningful day-night cycle in which the time of day determines monster, loot, and NPC spawns.

For more co-op adventuring at scale, check out the best MMOs on PC.

Ravenloft has a long history in D&D, releasing in 1983 as a module for the game’s first ever edition. D&D is currently in its fifth edition, and Ravenloft made a triumphant return to the setting with the Curse of Strahd – an updated, rewritten release of the original module.

In that it was D&D doing gothic horror rather than high fantasy, Ravenloft was always a bit of a tonal shift – officially, Boravia isn’t even part of the Forgotten Realms, but rather an extradimensional space known as the Demiplane of Dread.

It sounds like its digital implementation will be similar. Players are carried to the cursed land of Barovia via a mysterious mist, following a Tarokka card reading by a mystic named Madame Eva. (You’ll be able to find her by investigating Vistani wanderers outside Protector’s Enclave.) According to executive producer Gordon Fong, “this module is a bit of a departure for the game: it’s the first time we’ve left the Forgotten Realms and it’s a much different tone than anything we’ve done before.”

“When we look at the vast number of exciting settings Dungeons & Dragons has to offer, Ravenloft has been one that both we and our players have long wanted to explore,” Fong adds. “Strahd is an icon and his cursed land of Barovia made for some really interesting gameplay opportunities.”

You can play Neverwinter free on Steam if you’d like to get involved – the Ravenloft module should be live now.