Ok, not entirely new look. But the times, they are a-changin’. You’ll probably already be familiar with their lovely avatars, but the team’s had a bit of a shake-up of late, y’see. And don’t forget that ageing is an inexorable process and that faces do change over time and… oh look, let’s just celebrate some promotions, shall we?

Carrie Talbot is now heading up the team as News Editor. Carrie joined us all the way back in May 2019 and very quickly became an indispensable member of the PCGN team. She maintained day-time news single-handedly during lockdown, but if we’re honest she probably deserves the position purely based on all the League of Legends traffic she generates. Her nose for news is like a heat-seeking sniff-ile and she’s organised to a quite a terrifying degree. Don’t ever look at her Asana tasks, the light from within will blind you.

Iain Harris is now second in command after being promoted to Deputy News Editor. Iain started out as a much-loved part of the guides team after a stint as a staffer on PocketGamer.biz. The siren call of news proved too much to resist however, and after some tense negotiations during a series of 1:1 meetings (not really, it all went very well, actually), he moved onto the news team.

Since his arrival he’s flexed his investigative muscles repeatedly and as a result can now lift any sized scoop – usually about Red Dead or GTA – with only his little finger. Oh, and he’s still much loved.

Meanwhile, being on the other side of the Atlantic has done little to dull Dustin Bailey and Ian Boudreau’s impact on the site, both of whom must now always be addressed as Senior News Writers, ok? 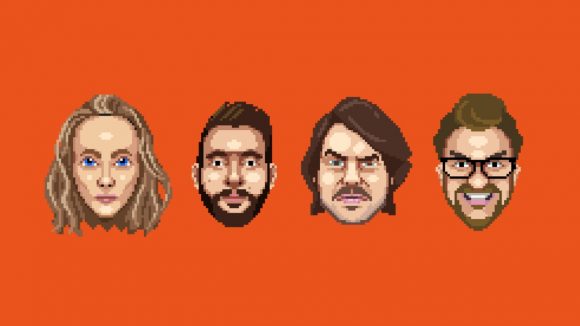 The US-based writing duo has been handling the night shift (even though, oddly, it never seems to be dark when we video call them) for some time now, allowing the UK team to rest easy after our 7pm bedtimes, safe in the knowledge that the site will keep being awesome while we dream. A couple of well-earned promotions, there.

It would, of course, be remiss of us not to also mention our weekend News Writer Anthony McGlynn. While he’s been with the site for less time, he’s just as important to the team’s success and responsible for some of our biggest news stories so far this year. He’s also lovely.

You can check out the excellent output of all the above writers on PCGamesN’s news feed (and you can also find their stories, along with many more, in the Steam News Hub, too).