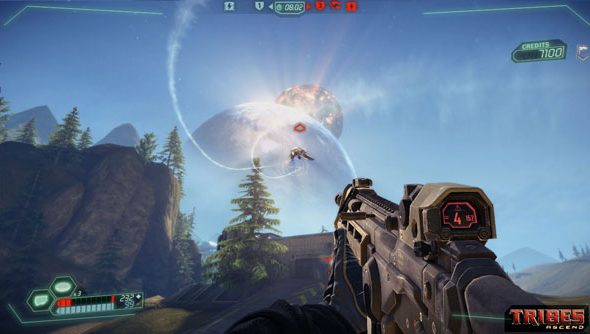 Hi-Rez
Studios, the developers of Tribes: Ascend, have announced what they’re
calling a “Single Purchase” option for their game. This one-time


purchase is a comprehensive package that unlocks all the weapons, perks
and classes already featured, but without including any of the cosmetic
extras.

This
new option will be made available alongside a scheduled update, coming
this Friday, which includes a selection of new maps that may feature those teased on the forums
toward the end of last year. These included an ice cavern and a large,
multi-levelled building riddled with hallways and alcoves.

“We’ll price it in the ballpark of other PC multiplayer shooters,” said a post on the Hi-Rez Studios forum. “If you are a Tribes VIP we’ll give an additional discount.”

Players
will still be able to enjoy the game as a free-to-play experience and,
if they prefer, can continue unlock items as and when they please using
microtransactions.