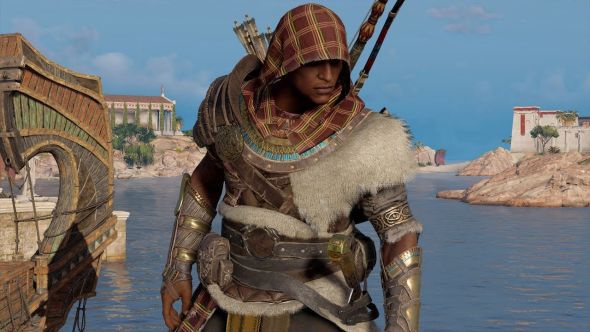 An image posted by an Ubisoft Milan concept artists suggests that the the publisher may be working on a Viking-themed Assassin’s Creed.

Yesterday, concept artist Michele Nucera, who previously worked on Mario + Rabbids Kingdom at Ubisoft’s Milan studio, posted two viking-themed images on their ArtStation profile. The images themselves, depicting a viking longship in a bay and Nucera’s interpretation of Viking Hell, are fairly nondescript in terms of their news value, but this link takes you to a version of the image containing the file name Assassin Creed Ragnarok Bay.

Other than that, there’s little to go on. Nucera says that the image is simply a personal project (something that Ubisoft also drew attention to when they responded to our request for comment), and their ArtStation account contains other examples of viking art posted over the past two years, none of which includes an Assassin’s Creed logo or anything that could meaningfully be interpreted as a link to the series, other than the hooded figure at the front of the ship. It is, however, worth noting that one of the armour sets available in Assassin’s Creed Origins is the Dress of the Northern Realm, which bedecks Bayek in tartan, fur, and Celtic imagery, and could be a hint towards a new game.

When we reached out to Nucera for comment, he said “this artwork is only fan art, part of a personal project, and I’m not involved in the development of a game of the Assassin’s Creed franchise.”

That’s not to say it’s a complete red herring, however. One of the first hints at Assassin’s Creed Origins’ Egypt setting came from a concept artist called Evan Liu, who works at Ubisoft’s Chengdu studio. That image was first posted to the Assassin’s Creed subreddit in 2015, after development on the game had begun, but long before its official announcement in June last year. It could be that this is simply Nucera’s own personal project, but that doesn’t mean it couldn’t become a full game in the future.

When we reached out to Ubisoft, as stated above, they reiterated that it was a personal project of Nucera’s.