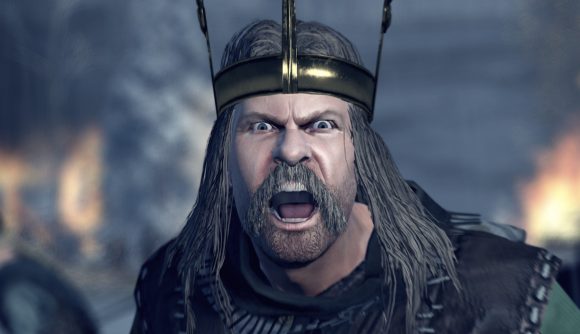 Total War Saga hasn’t taken hold the way a lot of Creative Assembly games have. The smaller scale was an interesting experiment – and as our Thrones of Britannia review shows, not an unsuccessful one – but it’s clear that it hasn’t had the staying power of traditional Total War. Nonetheless, Creative Assembly hasn’t given up on the format – instead, development is starting on a new game.

In the latest development update blog, Creative Assembly says that its Sofia division – the principle developer of the Saga games – is at work on the “next Saga title.” Production has progressed past the studio’s first internal milestone, and we’ll get more info about what form it’ll take “in the coming year.”

Following the Three Kingdoms delay, we’ve got an update there – most notably, the new auto-resolve system will be “entirely deterministic.” As the developers explain, “this means that when you choose to delegate a battle and you’re predicted, say, a pyrrhic victory, that’s exactly what you’ll get.” You’ll also be able to see a quick balance of power by selecting your army and mousing over any other – whether that’s an enemy or a friend.

The next bit of DLC for Warhammer II will be a Lord pack, as expected, but this update also hints at what else is coming – specifically, a new feature for a Warhammer I race.

The allusion this time is “bending the knee” and there’s an image of a grail attached, so the obvious bet is something for Bretonnia.

The Total War: Three Kingdoms release date is still coming up fast, delay or no, but it looks like there’s far more on the horizon for Total War fans than just the trip to ancient China.