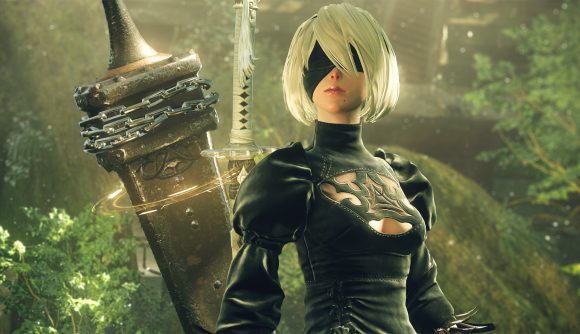 Yoko Taro, the director behind Nier, Nier: Automata, and a host of other idiosyncratic games. These days, he’s heading up SINoALICE, a mobile RPG released a few years back, and is back on the interview tour to promote it. Yoko Taro interviews are absolute treasures, and while I can’t technically justify writing about SINoALICE here at PCGamesN, I cannot avoid sharing some choice quotes.

SINoALICE builds on fairy tale themes, so Vice asked Taro about his favourite fairy tale growing up. “When I was younger all I watched was anime,” Taro replies, “and I had no interest in fairy tales. Anime is the best. The pictures move and talk. It’s all you ever need.” Taro also notes that “As long as I have beer, everything is fine.” (The context on that quote does not change it.)

If he could live the life of a famous author, Taro would choose “the Grimm Brothers, who had the largest number of stories under their name. If only one, I’d choose the younger brother. I wouldn’t kill him of course. I’d need to sell him off to Hollywood still intact.”

Mobile gaming might not be on the radar for you, hypothetical fan of Taro’s work, but he tells Pocket Gamer that the format is great: “While I’m playing mobile games, I don’t have to look at Twitter.” He also adds that mobile monetisation has gotten tame these days, “which is pretty boring. I want mobile game companies to develop more systems that are maliciously greedy.”

Taro’s dream, apparently, is now to make a shmup. “I kept telling people I want to make a vertical scroller shooting game, but there are no signs of it happening, so I gave up. I want to tell young people this: The world we live in is full of despair, your dreams will never come true, all you can do is give up.”

Go read those interviews in full – they’re short and worth your time. Once you’re done, check out some anime games. (They’re all you need, after all.)