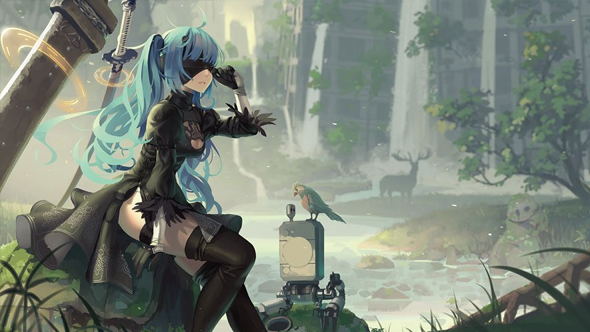 2017 has been a ridiculously strong year for videogames, and the fact that Nier: Automata, which was released back in February, still holds up as one of the best is a testament to its quality. And, it turns out, it could have been all ours, PC-playing reader. All ours.

In an interview with WowJapan, Nier: Automata’s producer Yosuke Saito reveals that it was originally only coming out on PC.

“We had planned to release the game only for PC,” Saito says. “However, following input from the publishers the decision was made for the game to be released on the PlayStation 4 as well. The game was created on Platinum game’s engine, which was geared towards the PC. So ultimately the platform choice had no bearing on the way the game was designed. […] Most of the development process is done on the PC anyway, we ran with it.”

Of course, we don’t begrudge our console brethren this shared joy… much.