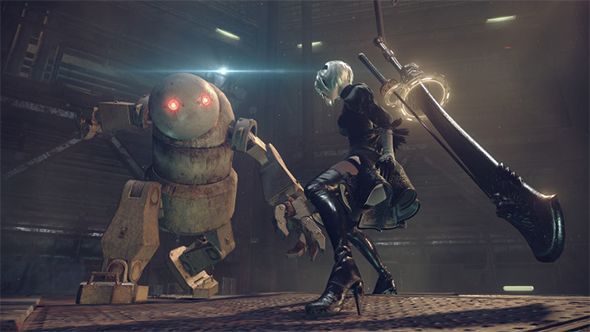 The director of Nier: Automata wants to make an adult movie. Yoko Taro, who is at least partially famous for the mask of Nier character Emil, which he wears constantly in public, made the comment at the SEA Summit held in Singapore last week.

Does Nier: Automata have something to say about sex?

According to Siliconera, when asked what medium he’d like to work on next, have contributed to videogames, novels, and stage plays previously in his career, Yoko Taro said “I think this may be off-putting, but I’d like to make an adult video. I think of it as something I’d like to at least make once in my lifetime.”

Elsewhere in the interview, Yoko taro says he’s hoping he’ll be able to make sequels to Drakengard and NieR: Automata, but things that he’d “ruin” the latter. He also says he’s “thought about” making a videogame movie, but suggests he hasn’t been able to find the funding for it yet.