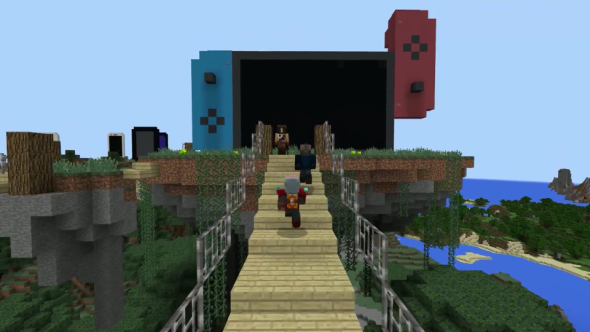 Today in ‘Are you sure?’: upcoming PC game streaming service Rainway have announced that they’ll support Nintendo’s semi-portable console, the Switch, potentially making PC gaming something you could do on the train without poking people in the eye with a laptop screen.

Here are the best PC games you could play on the Switch, or anywhere else.

Rainway’s pitch is that you can play Civ VI on a tablet from your couch, or Stardew Valley on your phone from the bus, by streaming them from your PC at 60fps.

The service’s MSG protocol is designed to work with any GPU that supports DirectX 11, and will handle network configuration automatically.

This week, Rainway announced the Switch as a “scheduled client,” having already tested their web client on the Nintendo console.

It sounds like a bit of a pipedream, but Rainway’s tweets last month indicate they’ve already been in conversation with Nintendo. With any luck, that’ll prevent their app been swatted out of the Switch store by a disapproving platform owner.

All I can say is please have patience and some faith in the team. As soon as there are updates they will be announced.

Rainway is expected to launch in web browsers and on Android on November 25th, with iOS, Xbox, PlayStation, and Switch to follow at a later date.