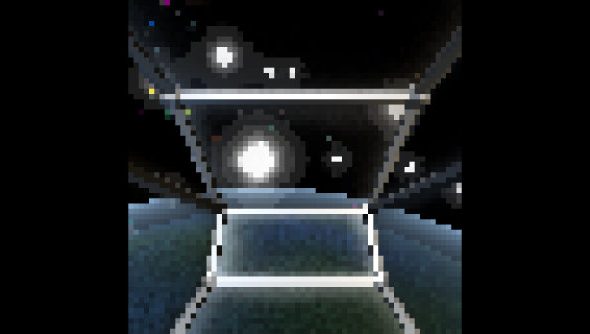 Why wait for Hello Games’ No Man’s Sky when you can download and play Norman’s Sky for absolutely free right now? It’s exactly the same, except not actually at all. Either way, it deserves all of the awards just for coming up with that name.

If this lo-fi take on No Man’s Sky is too much for your eyeballs, maybe our list of the best space games will make up for it.

Created as part of 2016’s low-rez game jam, Norman’s Sky recreates the feeling of sightseeing in space, but using only a resolution of 64×64 pixels.

I had a quick play with it, and it will only entertain you for a few minutes (being subjected to the engine sounds for any longer will make you a murderer) but it’s still easy to appreciate the work that’s gone into fleshing out a good pun.

Try Norman’s Sky for yourself, for free, at that there link.