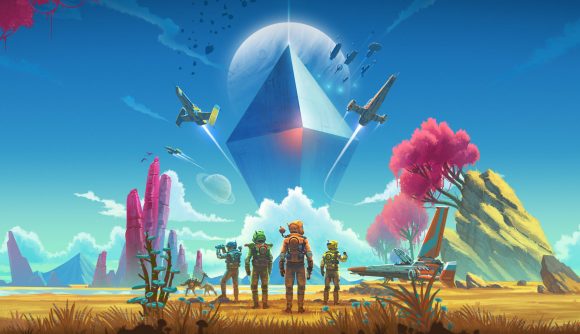 It’s fair to say that No Man’s Sky got off to something of a rocky start. While the space exploration game now boasts a flourishing community, when it launched back in 2016, the perceived lack of content brought a lot of bad press. But according to Sean Murray, founder of studio Hello Games, a lot of the noise surrounding the game’s launch came from people who hadn’t even played it.

Speaking at the Develop conference in Brighton yesterday, Murray said that “we found that a huge percentage of people talking about the game online didn’t own or play the game.” Murray says that isn’t surprising, but the exact numbers are higher than I would have imagined – “70 or 80 percent of conversation” around the game came from people who had never played it.

Even more unhelpful, according to Murray, was the fact that “most of those comments are about things that have nothing to do with us. The problems with pre-ordering, the price point or whatever.” That’s relatively common, however – “you see that around any game that has that kind of polarising launch; a lot of conversation is about things that developers can’t change.”

Once the devs got past the noise, however, they found that there was constructive feedback waiting for them. “You get to this point where you’re actually reading something from someone who has played the game a lot so know it quite well – and this is almost your second most important group once you get rid of the noise – there are people out there saying something simple like: ‘I don’t like your inventory system.’”

Awww: No Man’s Sky fans bought a massive billboard ad to say ‘Thank You’ to the developers

“Once you get to that point, as a developer, [you] think ‘I can fix that. Literally, I will go in tomorrow and fix that. We have a lot in common now – you’ve played the game for a couple of hundred hours, I’ve done the same.’”