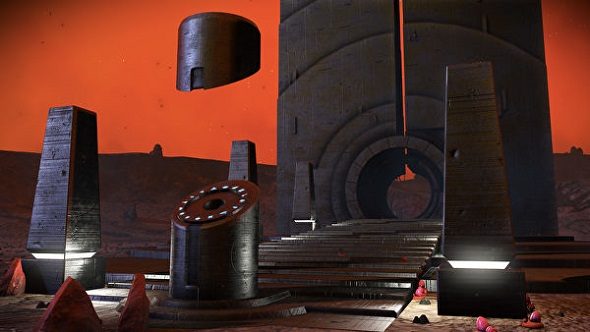 Update August 11, 2017: No Man’s Sky’s coming Atlas Rises update could include multiplayer, according to a leak.

This morning, a list of the update’s features popped up in the No Man’s Sky Discord. “Joint exploration” was listed as one of those features.

Float through the black in our list of the best space games.

The post was quickly taken down, but not before fans took note or Eurogamer got this screengrab: 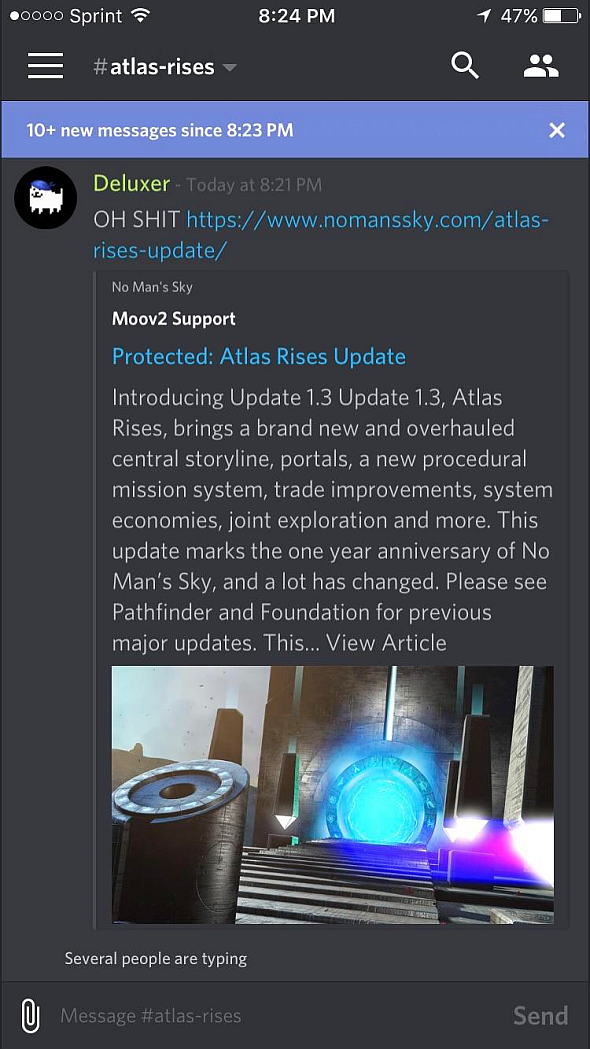 No Man’s Sky creator Sean Murray infamously said multiplayer would be technically possible in the game’s original release, but that it would be very unlikely given the size of the universe. That didn’t stop two players finding the exact same coordinates without finding each other, thus proving multiplayer wasn’t in the game.

Fans won’t have to wait long to find out if “joint exploration” does in fact mean multiplayer; Atlas Rises, also known as update 1.3, is due to go live sometime this week. See our original story below for more details of its features.

Original story August 8, 2017:As Hello Games have become famed for, they’ve spent the last few months building up anticipation for No Man’s Sky’s next big update with anARG called Waking Titan. They’ve now released the first proper details on what it will contain.

Earlier on, the team showed off a screenshot of the new portals that will arrive with this update, as you can see above. Now they’ve said what they’re for: fast travel, of course. It should make returning to particularly interesting planets much simpler.

As well as making it easier to get around, the 1.3 Atlas Rises update will also build out the space sim’s story. Exactly how they’re doing this isn’t clear but, going off their last two free updates, it’s probably going to be significant.

This information was sent out in an email to participants of the Waking Titan ARG, via NeoGAF. The update will land sometime this week.