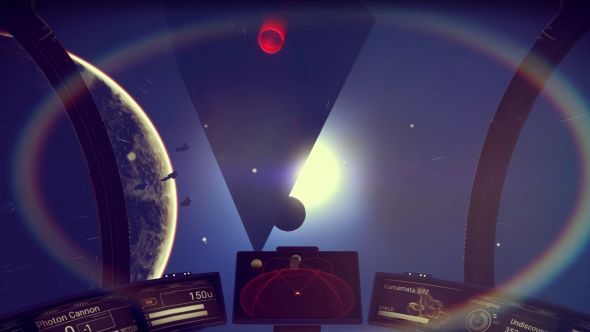 Following big delays, floods, legal issues and another short delay, No Man’s Sky is finally here, almost. Look below to see exactly when it’s here for you. It’s unclear whether there will be pre-loading available or not, so you’ll be wanting to get stuck in as soon as you can.

Here’s when No Man’s Sky unlocks in its various timezones:

At least that’s the plan according to Sean Murray’s Twitter feed. He goes on to say that the download is 2.6 GBs – hooray – but there won’t be any preloading – boo. Absolutely nobody has had time with the PC version of No Man’s Sky, as far as we can tell, so we’re in the dark on performance.

There have been frame-rate issues on the PS4 version, which is a little worrying, and we’ll have a port review ready for you as soon as possible.

Original Story August 9, 2016: No Man’s Sky is out … if you’re an American PS4 owner, or have a ‘special shop’ elsewhere in the world that’s breaking street date to sell you a PS4 disc early. UK console owners shouldn’t technically be able to get it until tomorrow, while everyone on PC is stuck ‘til Friday. While it’s lovely that we’ve got a little extra time for the releases early this week, for as easily spoilable a game as No Man’s Sky it’s a tad annoying. So, why? Well, in a Reddit AMA last night, Sean Murray said they’re still working on the PC version.

Question on exact timing of the release, Murray says “The reality is that we’re still here working on it right now. There’s no conspiracy, we’re just racing to get all the extra options and stuff we want. PS4 comes out tomorrow and we’ll just try to pretend it’s a normal work day!”

As for an actual release time, “best guess right now is 6pm GMT (he likely means BST here – Time Zone Ed) on Friday, but we’ll keep you up to date as we get closer.” That means go time is 1pm Eastern, 10am Pacific on Friday (or an hour earlier if Time Zone Ed has got it wrong).

Wondering specifically what they’re still touching up? In an anecdote about a journalist asking him the same question, he says “compatibility for ATI opengl drivers.” Thrilling stuff.

Murray also touched on why the PC version has had so little chatter from Hello Games, explaining that “Whenever devs are tight-lipped, it’s normally just because they literally, legally, can’t talk about a thing. Man, you would surprised how wrapped up most devs are in contracts and nonesense. Often for instance lots of devs will have a clause that says ‘you literally can’t say the name of platform X.’” You’ll note Murray doesn’t talk specifically about why he had to be silent on PC, but we expect you can read between the lines.

So, that’s why you’re waiting. Hopefully the work they’re doing means it’s in (intergalactic) ship-shape come launch day – poor performance would be a serious coffin-nailer. You can also see the brand new (Playstation) launch trailer above.