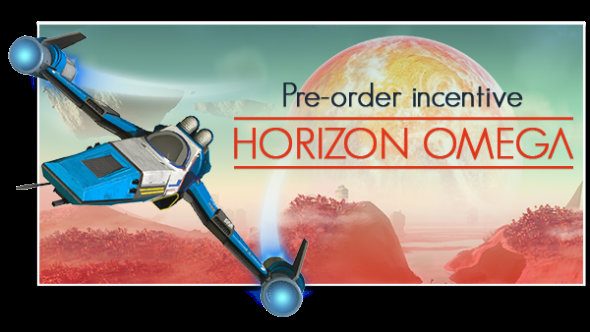 If you’ve pre-ordered No Man’s Sky on PC, it’s probably for the best if you resist the temptation to use that shiny exclusive ship you get offered, as there’s currently a bug being reported by console players that could leave you stranded in space.

I’ve played a fair bit of No Man’s Sky and it’s a very clever game. Being a survival game, everything needs resources – from your suit to your ship’s thrusters – but these resources are always where you need them, so you never find yourself stranded on a planet with nothing to power your vessel.

When you begin the game you have to repair the damaged components of your ship and build a hyperdrive to jump between solar systems.

With the pre-order ship, it comes with a hyperdrive installed, so there’s no need to do this. In the current build, this means you don’t get the blueprint required to craft one.

This is all fine, until you see another ship later on and decide to make an offer on it. If you don’t realise, the ship you buy might not have a hyperdrive, and that’s when it’s time to familiarise yourself with the solar system’s planets – you might be there a while.

There are multiple Reddit threads reporting this issue, so hopefully it’s patched soon. Maybe even before Friday’s planned PC release. It seems like it’s a rare occurance, but it’s probably best to stick with the vanilla ship with one less inventory slot for now.